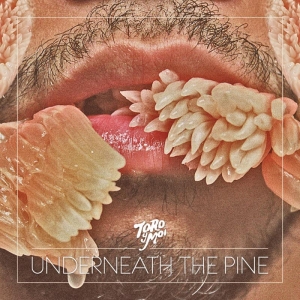 Available on: Underneath the Pine, forthcoming album

Chaz Bundick has come a long way in a short space of time. His debut album as Toro y Moi, Causers of This comprised of off-kilter drum loops, distorted synths and snatches of melody and was at turns charming and baffling, but always enjoyable. ‘Still Sound’ has been lifted from forthcoming LP Underneath The Pine, and – like his recent London live show – indicates a move away from sample-heavy bedroom production and towards live instrumentation.

Taking a step back in time from the ’80s to the ’70s, Bundick eschews Prince-era indulgence for the accessible grooves of space disco and boogie. No longer stifled by layers of filtering, the funk hinted at in tracks like ‘Imprint After’ is finally allowed to come to the foreground, heralded by the introduction of a bassline that could have been lifted straight from the Studio 54 vaults and paired with an electric organ that summons up the spirit of The Headhunters.

Bundick’s voice also has a new-found confidence, as he cries out for the company of another human being. While the soulful moans on the breakdown echo his past forays into electronic dream-pop, they benefit from being slotted in between that infectious bassline, which winds through the song like a snake. If half the tracks on Underneath The Pine turn out to be this good then it’s already set to be one of 2011’s standout albums.