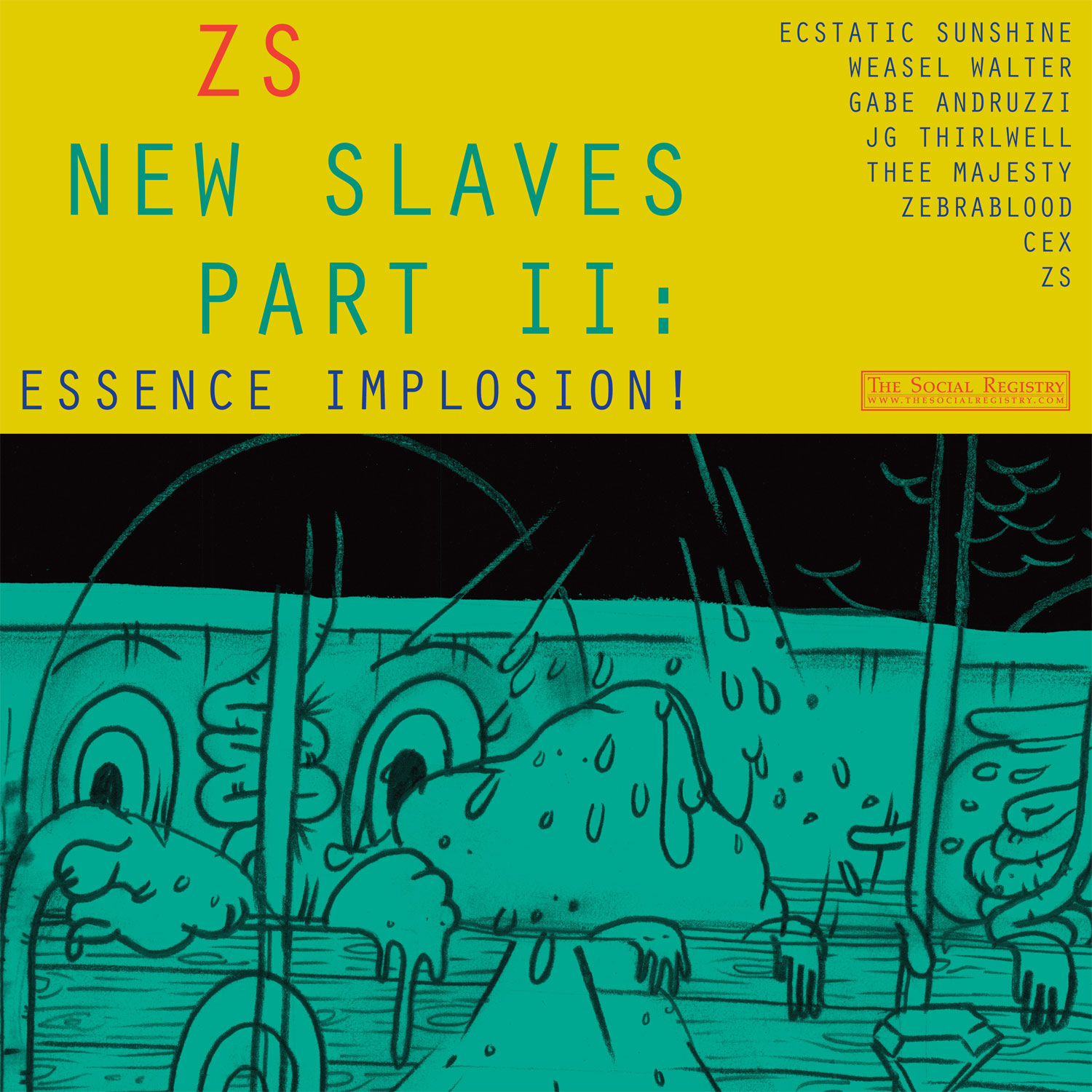 
The sharp-eared among you will probably have picked up on New Slaves, last year’s bracing double-LP by skronky New York avant-garde ensemble Zs.

New Slaves Part II: Essence Implosion is a sequel of sorts, containing new music and remixes by some of the band’s kindred spirits. These include JG Thirlwell AKA Foetus, a true legend of industrial and experimental music who has previously worked with the likes of Lydia Lunch, Coil, Sonic Youth and more recently Excepter, and Thee Majesty, a collaboration between Throbbing Gristle’s Genesis P.Orridge and Bryin Dall. Zs themselves contribute a brand new, side-long track entitled ‘MMW IV: Essence Implosion!’ that uses the other artists’ remixes as its source material, and team up with Cex for a remix of ‘Acres’. Digital bonus remixes come from The Rapture‘s Gabe Andruzzi, Excepter‘s Zebrablood, Weasel Walter and Ecstatic Sunshine.

The album is due for release on 12″ vinyl (limited to 500 copies) and digital via The Social Registry, the estimable New York label that brought you Psychic Ills, Telepathe and I.U.D. among others. To celebrate the release Xs will play live at Brooklyn’s Knitting Factory on January 24 with Thee Majesty, Cex and Ecstatic Sunshine. More info here.