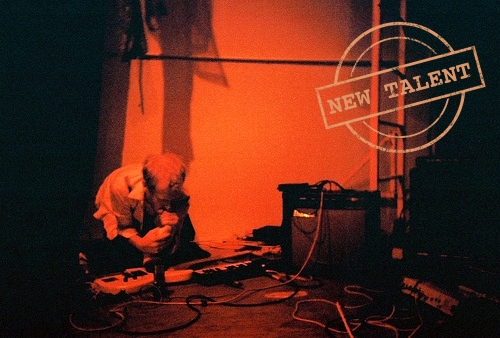 Last year, Not Not Fun delivered a double whammy of eldritch synthedelia in the form of Umberto’s Prophecy Of The Black Widow and Ensemble Economique’s Psychical.

Rather than take the hypnagogic routes of regurgitating the half-digested remains of 1980s chart fodder or re-routing the beatific chime of New Age, these evil twins luxuriated in the kind of synthetic seepage associated with the pulp soundtracks of the 70s. Their foreboding tones evoked acknowledged pioneers John Carpenter and Claudio Simonetti as well as more obscure figures like Nico Fidenco, composer of the shockingly fresh-sounding score adorning Marino Girolami’s 1980 splatterfest Zombie Holocaust.

That isn’t to say the two releases were doppelgangers. Whereas Umberto’s follow up to 2009’s From Beyond The Grave was rhythmically rooted in the Italo death zone of Tenebrae-era Goblin, the fourth effort from Ensemble Economique (aka Brian Pyle of Californian freeform duo Starving Weirdos) was more elusive, its intricate, pattering percussion and noxious analogue ooze inviting comparison with Angus MacLise, Sun Araw, Shackleton and Demdike Stare while charting the dark continent existing only in Pyle’s fevered imagination.

Joseph Stannard caught up with the voluble Mr Pyle via the magic of electronic mail to discuss such diverse and edifying topics as 70s movie cops, make-out music, blood-red sunsets and Sleigh Bells…

“I love how cops are portrayed in 70s cinema.”

Hi Brian. How are you? What have you been up to?

“I’m good! The sun is out and it’s usually quite rainy here on the northwest coast of California so that’s nice. I live on the beach so when it’s sunny here in the winter I can pretend that it’s spring when I walk along the ocean. Although it’s still quite cold! Been busy. Just wrapped up a Starving Weirdos LP we are doing with Bo’Weavil Recordings and got confirmation on the artwork, and we are right in the middle of tracking a Starving Weirdos full-length for Amish Records, which will hopefully see a late-spring release. Beyond SW, I’m slowly starting to piece together the next EE album…”

Psychical has been released by Not Not Fun, who have also put out music by Matt Hill in his Umberto guise. Some have mentioned Umberto’s Prophecy Of The Black Widow and Ensemble Economique’s Psychical in the same breath as they share a similarly dark atmosphere and are both somewhat reminiscent of the classic grindhouse soundtracks of the 70s. Is this a fair comparison and an accurate assessment of where you’re coming from with EE?

“From a listener’s perspective, I think this is a fair assessment. But from a creator’s standpoint, I really wasn’t thinking of anything when I created the Psychical tracks. When I first started making the beats, the starting point with Psychical, I was thinking ‘Wow, this sounds like some wild Tom Ze-type shit’ and then as the tracks progressed it got further away from anything Tom Ze-esque into more unknown territory… and really I had zero trailmarks or guideposts helping steer these tracks to their completion. It was full-on trail-blazing!” 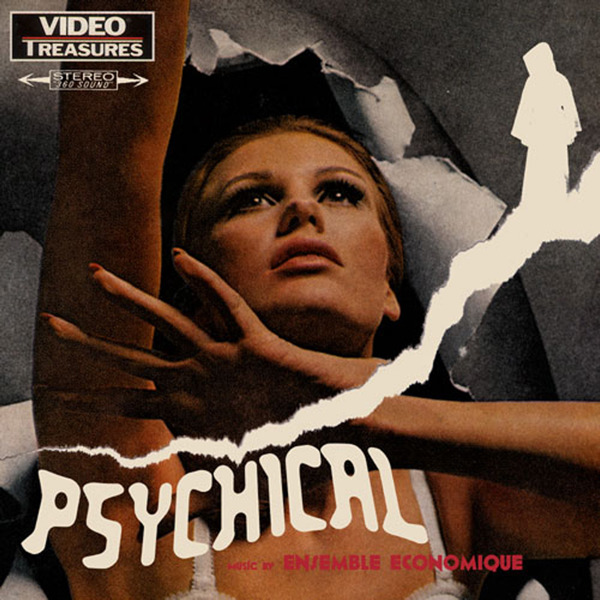 How big a part has genre cinema played in your life, both as an artist and a dude in general?

“I have to say very little. When I first sent these tracks out to friends to scope a lot of the feedback I got was how John Carpenter-esque the work was. I then had to track down some John Carpenter to see what they were talking about! It’s great shit. I LOVE cinema and Merrick [McKinlay, Brian’s partner in Starving Weirdos] owns a boutique video shop called La Dolce Video catering to all those genre cinema heads but I lean more towards films like Los Cronocrimenes (aka Timecrimes) or all of the recent Cronenberg films. His old ones are great too, not quite 70s horror but thereabouts!

“Cronenberg I think is a true master, one of the best operating currently. I also love films like Hal Hartley’s Trust or the recent Four Lions – best ‘terrorist’ commentary out there, truly important. I’m inspired by anything great and with cinema it’s so VARIED. I like both old noir Sam Fuller films and newer family dramas like Un Conte De Noël or Rachel Getting Married. So I’m all over the place with cinema!  Some of that 70s genre cinema is GREAT though for sure! I love how cops are portrayed in 70s cinema.”

“Both of my earlier albums had their bombastic, percussive moments but also deep meditative stretches. Psychical doesn’t really allow you to catch your breath so much! It just keeps on going!”

Parts of Psychical reminded me a little of soundtrack composers Nico Fidenco (Zombie Holocaust aka Doctor Butcher MD) and Jay Chattaway (Maniac). Are you aware of their work? Do you have any specific inspirations in the area of soundtrack music?

“I’m not familiar with Fidenco or Chattaway but I’m massively inspired by soundtrack music. Especially Morricone and the Crime And Dissonance compilation. So GREAT! I’m also a fan of leftfield Peter Thomas Sound Orchestra work, Henry Mancini, Serge Gainsbourg, Bernard Herrmann, especially the Cape Fear remake. I think I saw Cape Fear years after seeing it for the first time when I was working on my Standing Still, Facing Forward LP and some of that soundtrack definitely influenced that particular LP. Not a conscience influence, but I was so moved by the score that I’m pretty sure it was a motivating factor behind the track ‘Angkor Wat, In The Mist’. Just great, very dramatic stuff.”

Psychical is pretty dank and chilling… even hellish at times. Are you deliberately trying to freak the listener out? 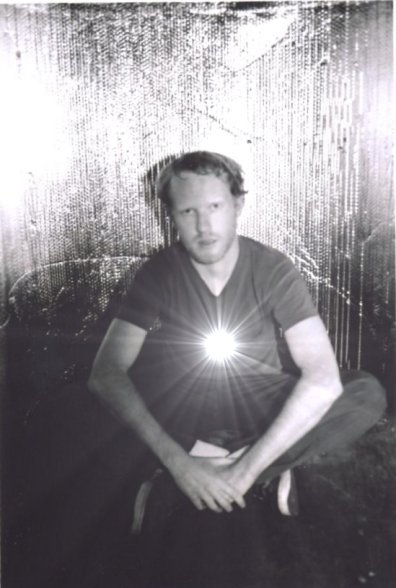 Is there any music which you find genuinely chilling?

“Not so much… but it happens! Hermann Nitsch comes to mind, in the right setting his ‘music’ can be especially intense. I can’t think of anything current I find to be too chilling. Music doesn’t really affect me like that. I have classical/chamber music playing in the background almost every morning and every once in a while I’ll hear something that really sticks with me but I can never quite catch the composer’s name or remember it when the announcer tells me what he or she has been playing.”

What is the origin of the album title?

“Just came to me. Wasn’t even sure if it was a word! But a quick Google search confirmed my suspicion! Attention, Scrabble-heads… psychical… it’s real! I love its multiple implications, especially when someone hears the title as opposed to reading it.”

“Even as someone who created the tracks, when I detach myself from the work, as much as that’s possible, I’m surprised at what the music conjures.”

How do you think Psychical differs from previous albums At The Foot Of Nameless Roads and Standing Still, Facing Forward in terms of method and effect?

“The percussive elements for sure… no doubt. There are percussive elements in both At the Foot and Standing Still but not nearly as integral to the compositional process or in the forefront of the mixes like Psychical. To my ears the percussion is really the star of the album.  Even with a synth-heavy track like ‘Hail’ the tabla-esque percussion really takes over and kinda dictates the track. Consequently it’s more of a propulsive collection of tracks. Both of my earlier albums had their bombastic, percussive moments but also deep meditative stretches. Psychical doesn’t really allow you to catch your breath so much! It just keeps on going!”

Do you tend to think visually when you’re making music? What imagery does this music conjure up for you?

“Not consciously… it’s more of an intuitive trip. I think visuals play a role, I just can’t put my finger on it directly. Good question! It varies so much. Each listen offers up something new! Even as someone who created the tracks, when I detach myself from the work, as much as that’s possible, I’m surprised at what the music conjures. I do know when I’m seriously moved by a certain passage that I’m onto something good. I can’t really identify the emotion or imagery… it’s too mysterious.”

You’re primarily known as 50% of Starving Weirdos. What does this project offer you as an artist that SW doesn’t?

“Basically an outlet for work when I’m not working on SW material and the freedom to go in any particular direction I may be feeling. And because it’s work I largely do on my own it’s a nice contrast to the collaborative nature of SW. Collaboration is an integral component to SW, it’s the back-and-forth with Merrick that really propels the SW project and it’s something that I LOVE. but there’s only so much music I can do with SW. So when there’s a break in the SW schedule it’s nice having my EE project to pour some creativity into, an outlet for new ideas/concepts.”

“Listen to the album when you wanna scare a girl into your arms! Drive-in movie style!”

The sleeve art for Psychical is beautiful. Who created it?

“Amanda Brown [of LA Vampires] created the art. It’s SO good. I LOVE it. It does what all great covers do, it invites the listener in, a perfect compliment to the music.”

When would be the most appropriate time to slap Psychical on the turntable?

“When you wanna scare a girl into your arms! A la drive-in movie style! Beyond trying to get someone to make out with you… perhaps a sunset, a blood-red sunset, with good headphones, a heady bowl, a strong cup of coffee and you are sorted!”

Do you have further releases planned for this project?

“Yeah for sure! Got a cassette coming out soon on Jeff ‘Rene Hell’ Witscher’s label Agents Of Chaos, and a re-release of my NO GPS album coming out on the Bo’Weavil imprint next spring. Working towards having another full-length ready to go for hopefully a summer release. A couple tracks are finished and I’m really stoked on it!”

You’ve just finished an EE remix of the Sleigh Bells track ‘Run The Heart’. How did this come about?

“It was really random. My wife, Phoenix, happened onto the tracks and was like ‘Brian you should do a Sleigh Bells remix.’ I was a bit hesitant at first but then I had a listen to the stems, the individual tracks, and ideas just started popping into my head. So I just kinda deconstructed the tracks and as I went through it more ideas started coming to me. After a couple of sessions with the material I found myself with a remix that I was really stoked on.

“Remix work is like SO much of the work I’m doing anyways that the process for me feels really natural. This is the first remix I’ve done that I’ve wanted to share with anyone. I’ve done some brief experimenting in the past but I’ve been too busy working on my own music, or tried experimenting on a track that I didn’t really care for – not a good starting place for a remix! I haven’t thought too much about remix work before but I really enjoyed making this one and I’d like to do more in future for sure!”

Okay, that’s the end of the interview. What are you going to do now?