FACT can exclusively reveal Rush Hour‘s release schedule for the first half of 2011.

The Amsterdam label – born out of the shop and distribution company of the same name – has become one of the most keenly followed house/techno labels in the world, thanks not just to its ever-expanding stable of contemporary artists but also its intrepid, edifying reissue programme, which in the recent past has brought the work of Anthony ‘Shake’ Shakir, Virgo and Recloose – among many others – to a whole new audience.

Last week FACT spoke in-depth to label manager Christiaan Macdonald about Rush Hour’s plans for 2011, as well as the origins of the company and its past offerings. The full interview is coming soon to the site, but for now we thought we’d fill you in on the new material and reissues set to drop in the coming months.

Where to begin? We’re particularly excited about the brand new 12″ coming from Recloose. The producer’s work was recently compiled by Rush Hour on Early Works, and according to Macdonald the new material harks back to the dancefloor dynamics of his seminal Planet E releases.

Local boy Tom Trago will follow his acclaimed Voyage Direct with a brand new album in March on 2×12″ and CD; it features vocal contributions from Romanthony (pictured above) and others. Policy will deliver a couple of 12″s for the label over the course of the year, leading up to an album release in the second half of ’11 (when we’ll also see an LP from disco-loop explorer Nebraska and the third instalment in the ongoing Beat Dimensions compilation series). Chicago house producer Tevo Howard is working on an album for a June release, while there will be further incursions on dubstep/house/garage territory (“hybrid music,” as Macdonald describes it, tongue firmly in cheek) in the shape of a new EP from FaltyDL and a hefty 2×12″ from Cosmin TRG (“the best tracks he’s ever made”).

Rush Hour bow to no one when it comes to dance music reissues, and their 2011 schedule is as mouthwatering as we’ve come to expect. The main even from our point of view is a planned anthology of Romanthony‘s work. For the past decade the US vocalist and producer has been best known for his contributions to more commercial-leaning house productions, but Rush Hour’s set will naturally focus on his earlier, grittier work, ranging from hits like ‘The Wanderer’ to more obscure cuts lovingly sourced by Macdonald from the vaults and lesser-known vinyl releases.

“I started browsing Romanthony’s catalogue and came across all these private pressings that he made, and there was a lot of stuff that wasn’t released under the Romanthony name but was really good, and because he pressed them up himself they always stayed under the radar.”

This compilation will be available on 3xLP and CD; we’re already drooling in anticipation over here. 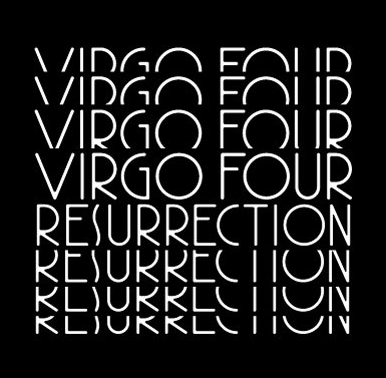 Having last year reissued Virgo‘s previously hard-to-find self-titled LP – arguably the greatest house album ever made – Macdonald continues Rush Hour’s relationship with the Chicago duo in the shape of a vinyl box set and CD, Virgo Four: Resurrection. Intriguingly, these releases will feature a substantial amount of never-before-released material.

“Merwyn [Sanders, one half of Virgo] told me that there were tons of unreleased 4-track recordings, and that was my cue,” says Macdonald.  “The tracks on the compilation are from ’84-’90, so it’s really old stuff – from when they were barely in their teens up to the point in the 90s when Trax were sort of going out of business and they saw that there perhaps wasn’t much of a future for them in this business, and went on to do other things. Up to that point though they continued to make music, and they kept most of it. So we selected 30 tracks.”

So are the vinyl and CD editions the same?


“Compared to today’s standards, it’s not of the same sound quality, but that’s part of the charm of it. It’s a document.”

“The CD is half of it (15 tracks), the vinyl is all of it (30 tracks). The CD has the core, the essence of it, and the vinyl is there for the freaks who can’t get enough! It’s just a fun thing – when you do a box set like this, you want to make it special, so we just thought, let’s give them a whole lot of specialness [laughs].”

“The tracks are 4-track demos. They restored them a little bit and we mastered the to the best of our ability. So compared to today’s standards, it’s not of the same sound quality, but that’s part of the charm of it. It’s a document.”

No less exciting is a Gene Hunt-curated vinyl box set and CD.

“On my first trip to Chicago to see Virgo I also met up with Gene. He was Ron Hardy’s protege, he was half his age but they started playing together a lot, so at a young age he was in the inner circle of Chicago house-land. Obviously because he was playing so much with Ron, a lot of people would come up to him and give him demos on reels (they DJ’d on reel-to-reel with a lot of unreleased material at this time). Gene kept all these reels he was given, he’s like a librarian [laughs]. Not to mention all the flyers and the posters and everything. Some of it’s in rough condition – we’re going over it now – but some of it we’re talking about first generation masters. In a lot of cases I think even the people who made the music don’t own it anymore. So we’re working on this collection of unreleased 80s Chicago house music.


“Chicago Dance Tracks features Adonis, Marshall Jefferson, Fingers Inc, Mike Dunn and then, interestingly this guy 1015 – who these days is known as No I.D., and produces most of Kanye West’s tracks.”

“There are a few tracks that Gene produced himself, like a disco-house track made with Ron Hardy, a vocal thing with Robert Owens. But there’s a bunch of other tracks from different people too. For example, there’s Adonis, Marshall Jefferson, Fingers Inc, Mike Dunn and then, interestingly this guy 1015 – who these days is known as No I.D., and produces most of Kanye West’s tracks. Back then he was making dance tracks, and two of them will be on the compilation. It’s really great stuff too: jacking, Mr Fingers type stuff, crazy.

“All of the stuff on the compilation, it’s pretty tracky, it’s made for the floor. We wanted to reflect that in the name of the compilation: Chicago Dance Tracks.”

Of course, we’re barely scratching the surface of what the Dutch imprint has planned for 2011. British newcomer BNJMN, Freak Seven, Oliverwho Factory, Master C&J, Hunee are among the artists who’ll be dropping 12″s via Rush Hour in 2011. Where do they find the energy?

Rush Hour have kindly put together a playlist for us featuring edits of tracks taken from some of their upcoming releases, including a preview of Tom Trago’s LP, and a first taste of the new 12″s and EPs from Shake, Policy, Freak Seven and Rick Howard, not to mention a Ron Hardy killer from Chicago Dance Tracks. Find it at the top of this page, enjoy listening, and look out for the full Rush Hour interview, coming soon to FACT.