LOL – Me Me LP sampler 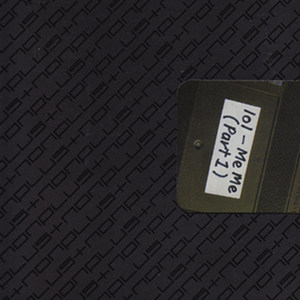 Combining non-electronic genres with dubstep is usually a uniquely terrible recipe for disaster, but leave it to Instra:mental’s NonPlus+ label to find a winning formula. LOL (forget the name) is a trio comprised of Mistabishi (forget the past) and two other not so obvious drum-n-bass names, who’ve worked out some sort of dubstep-cum-post-rock-cum-shoegaze thing that works far better than anyone would have reason to expect it to. The band have released this two-song “sampler” ahead of the album’s impending album for the label, and presciently, it’s two of the best and most accessible tracks that Me Me has to offer.

Part of a suite of sexually and emotionally confused “me” songs, ‘Squeeze Me’ and ‘Dare Me’ provide two alternate looks at the LOL machine. ‘Squeeze Me’ is the heavily electronic take, awkward robo-sexuality and all: the track plays with 80s-pop reverb and stomach-churning bass. The vocals are soft and proficient but tinged with menace, particular when they plead to “squeeze too much” and “slip your dress,” or mockingly ask, “it’s been so long, did you forget?” Therein lies an uneasy confusion explored in more detail on the album, but it makes for a fantastic single with its roaring guitars and thunderous lurch. Lyrical truth is even more obscured by earthier textures in ‘Dare Me’, which starts out suspiciously like Brian Eno’s ‘An Ending (Ascent)’ before solidifying into watery guitar arpeggios: coupled with the ethereally regal female vocals, it’s all very much Stereolab crossed with Cocteau Twins. The song cycles through various levels of drama, through shoegaze drone and post-rock crescendo, only to land wallowing in a beautifully mournful state of indecisive anxiety.

If you can put your beatmaker or trainspotter hats away for a second, you might even forget that this is dubstep, and maybe even mistake it for the latest in ’80s-aping indie rock acts. But the truth is that LOL is about more than dubstep or drum-n-bass or dance music: it’s music where texture and melody matter as much as beats, where guitars share centre stage with fabric-tearing LFO bass. It shouldn’t come as a surprise that this sort of witchcraft arrives on NonPlus+ – one of the riskiest but most consistently rewarding labels out there right now – but music like this will always, always be surprising.