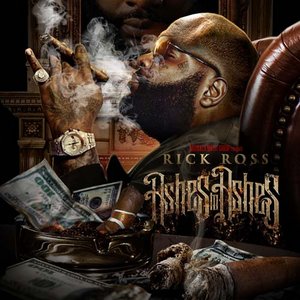 Although critically speaking 2010 was Yeezy’s year, if you ventured anywhere near the club, or even the radio for that matter, Rick ‘Rozay’ Ross had the scene locked down with diamond-encrusted bolts. His past as a correctional officer became quickly inconsequential as a lean cache of heavy-hitters such as ‘B.M.F.’ and ‘MC Hammer’ sidled in with just enough bump to allow his detractors (myself included) to get on with enjoying the tunes for what they were, and the full-length he released, Teflon Don, was far better than it really should have been.

Smartly keeping up the momentum, this gratis mixtape was released on New Year’s Day – a thank you for those of us who’d played the hell out of Teflon Don and needed some extra cuts to keep us on-side for a little longer. It works too; these are not just throwaway unused jams, dug out of the Maybach Music recycling bin. Rather we have a lean 11-track set that shows a softer, dare I say it, romantic side to Rozay’s gruff charismatic persona. Hell, even Barry White makes an appearance, giving a molasses-rich yang to Rozay’s gravelly yin. It’s here that we finally see Ross having fun – he’s got nothing to prove now. Teflon Don has done what it needed to do and it feels like he’s let go a little, sat back in his leather chair, put his cane down and just let go.

Like its predecessor, Ashes To Ashes finest moment belongs to 19-year old production wunderkind Lex Luger, who lays down his trademark stuttering, electro-lite weight to ‘9 Piece’. Even T.I., who had a miserable 2010 ending in another incarceration, features here with a surprisingly decent verse. Boi-1da, who was responsible for Drake’s floor-destroying ‘Over’, turns in another winner with ‘Black Man’s Dream’, giving another off-form rapper in Ludacris a chance to just about keep his head above water. Even with all the extra talent, this album belongs to Ross, and as he utters the insanely genius “I’m still ballin’ like I’m Bo Diddley” it’s hard to disapprove. Officer Ricky done good, again.