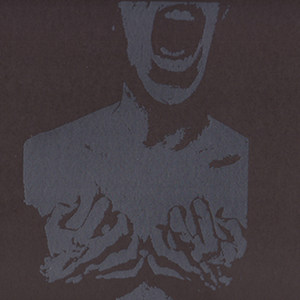 Chasing Voices debuted last year with ‘Acidbathory’, a terrifying slab of zombie-paced industrial dance music that alluded to techno and dubstep without embracing any of the genres’ cliches. In a year where most supposedly forward-thinking beat-based music felt like a tired reiteration of established ideas – yes, even more so than usual – the unique grammar and tone of that one-sided 12″ really stood out.

It soon emerged that Chasing Voices wasn’t a new artist per se, rather a banner under which various producers will be releasing music anonymously. The concept and the label, Preserved Instincts, are the brainchildren of Francis Englehardt and Paul Nickerson, the duo behind New York’s peerless Dope Jams record store and the Slow To Speak reissue series. ‘Acidbathory’ was made by a member of a certain well-known troupe of Brooklyn experimentalists, but the new Chasing Voices – ‘Ex Nihilo Nihil Fit’ – well, I have no idea who’s responsible.

Englehardt and Nickerson always serve up their products with a healthy dose of idealistic zeal and vocal disdain for impure artistic practice. ‘Ex Nihilo Nihil’ is no different, and it’s worth quoting a healthy chunk of the accompanying sales notes:

“Art is created under one of two auspices: glory or truth. Either the creative process is conducted with the intention of gaining status—cultural, financial, social—or it is an act of necessity, an imperative born of the constant suffocation of the old world. The affecting despondency of the anonymously disseminated Chasing Voices series confirms this project is more an act of survival than an exercise in cultural luxury.

“This is self-preservation music forming from the black waters of isolation and loss, the same endless well of unbearable pressure that calls on the hand of creation with a dagger to the throat and demands that the impossibility of living in this truly unreal world be reversed with one miraculous act of materialization. There is no “artist” in this equation, no ordained or predestined genius operating behind the mystified veil of divined talent, imminent fate or blind luck.”

Beats the usual “charted by Butch and Laurent Garnier” puff, you’ll agree. On the surface ‘Ex Nihilo Nihil Fit’ – like its predecessor a one-sided affair, packaged in bleakly beautiful screen-printed artwork – is more straightforwardly techno than ‘Acidbathory’, but close listening reveals it to be no less radical.

A mounting, at times seemingly admonishing epic – driven by overloaded, syncopated kickdrums, scuttling hi-hats and scuffed snap-claps that sound wonderfully lively and unsequenced – ‘Ex Nihilo’ pays sonic homage to the mid-’90s Detroit fall-out, but it feels contemporary in spirit. It treats dystopia not as a sci-fi fantasy but as a sober reality. Droning synths hover heavy in the distance like sunrise on a battlefield; the melodies are pretty, seeming to evoke ruin and apocalpyse, sure, but also a resolve to rebuild, or at least to revel in the wreckage. It’s impossible to adequately decode, and impossible not to admire. I can’t remember the last time I heard a techno track sound so angry, so sad, so determined.

As the spoken sample that kicks off the record has it:

“We’re not going to avoid complexity…It’s complex. Second, we all accept that it’s not clear. That’s your reality, and that’s our reality. If for you life has got to be simple, forget it. And if for you the expectation is that you get all the answers from us, forget it.”

Here’s to a piece of dance music as opaque, challenging and impenetrable as it is seductive. These guys really aren’t fucking around.