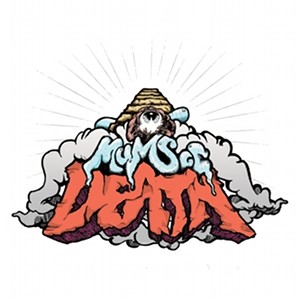 What do you get when Mumdance and Drums of Death collide? Well, apart from one of the best monikers in leftfield-ish dance music, you also get a weighty marriage between vintage arcade games and rave music from a similar period; the sound of a late ’80s cabinet being picked up and shoved head first into a club.

For the unfamilar, Drums of Death is a Greco-Roman staple, a make-up clad ghoul with a knack for wicked acid basslines, while Mumdance is a Mad Decent-signed London DJ, and one third of the production team (with Brackles and Shortstuff) behind last year’s Jammer single ‘Ten Man Roll’, one of the best grime-goes-pop singles from a year defined by, well, grime-goes-pop singles.

The pair’s shared love of vintage consoles here acts as a foundation for a successful marriage of concept and music. ‘Golden Axe’ takes its name from a Megadrive classic, and offers a distorted take on UK Funky and tropicalia, held down by acid bleeps, doomy synths and a relentless bassline. ‘Shadow of the Beast’ is closer to 8-bit acid; it’s big, daft, and at times verges on lo-fi trance – in a good way. ‘Loading Sequence’ meanwhile sounds exactly as you’d expect, the sound of a million childhoods spent anxiously watching loading screens on a Spectrum ZX or Commodore 64, rounding off an EP that strikes the right balance between the affectionate nostalgia that defines the Greco-Roman stable, and head-turning danceability that should appeal across the board.