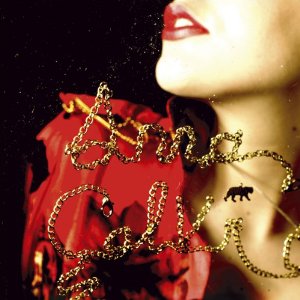 Hear ye hear ye, gather round, come one come all, hark! etc. Yonder approaches the Sound of 2011, as decreed by the BBC poll. Anna Calvi is the sound of this year, ladies and gentlemen, decided before the year even starts. Events will have to be shaped around this music, not the other way around.

A quick scan of the past winners of the BBC Sound of the Ultimate Future Award reveals it to be eerily prescient. All of these bands genuinely did spring to prominence in the time frame nodded to by the men in suits, with virtually no blunders of judgement. But a closer look at the details of the BBC Soundtrack to the Rest of Your Internal and External Lives Award reveals it to be decided by music journalists and ‘industry figures’. Oh lost magic! Our fortune tellers are in fact charlatans. Our weather reporters are in fact Gods of the elements. Our music ‘trend predictors’ are in fact vested interests who control what the public get exposed to and command what we like. We are governed from above through strings scarcely seen.

No matter. Anna Calvi didn’t ask to be the inevitable sound of all our futures. Let’s judge her album not as a prism through which we may view the results of the alternate vote referendum, but as what it is. A lacklustre debut by an artist with huge ambitions; an album so devoid of anything controversial but so passionately expressive that you are lost in this weird void between being a bit bored and feeling you really should care ‘cause someone’s talking at you dead loudly. The safety announcements on planes might be a good analogy.

If this is the sound of 2011, the year will sound like a Richard Hawley album made by a slightly upmarket Katie Melua. I never really liked Jeff Buckley, and his spectral presence is all over this record, and that’s probably what’s holding me back. Its competence and confidence is staggering, but I can’t get over the fact that it all feels very middle-aged; very, and there are few other ways of saying this, very Jools. Every track features jazz bar guitar and a husky voice from a one-woman anthology of great female singers: ‘Desire’ has strong resonances of Patti Smith, there are echoes of Martha Wainwright on ‘Blackout’, Karen O sometimes makes an appearance.

‘Desire’ is the strongest track. It sounds like something Bruce Springsteen would write. Simple, romantic, powerful, slightly irresistible. Final track ‘Love Won’t Be Leaving’ is also great, building up to a beautiful, throwaway chorus. The impression you get from all the album is ‘she sure can hold a tune, this one’ but that’s exactly the kind of thing people say about the acts on Jools Holland! And you have fallen into the trap: the irresistible simplicity of accomplished lounge musicians.

I think Anna Calvi is one to watch as she clearly knows what she’s doing but the album expresses little individuality. She is an artist who lists one of her key influences as Debussy. No one would deduce such a fact from this album. You would instead assume bands like Radiohead, The Hot Puppies and Joy Division, and even that’s being quite adventurous. I think she could make a hugely impressive album if she consolidates her sound and makes it somewhat more unique and personally expressive. She will have her year, but this one isn’t it.