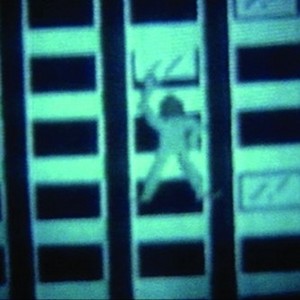 Comprising of ’24 pieces for drum machine and sequencer’ created on a selection of vintage equipment, nsi.’s latest album sync could have been an innovative application of vintage technology in a distinctly 21st Century context. Sadly, it misses the opportunity.

While possessing undeniable production strength, by retaining a ’60s/’70s sound in its instrumentation sync suffers from trapping itself in an old concept of studio music that became cliched years ago. Where Broadcast’s experimental Microtronics EPs pushed this short-form ‘library’ aesthetic outwards into wild and exciting territory for the contemporary ear, nsi.’s offering regularly feels self-involved.

More than anything, the distinct lack of development of any of the work is bewildering; there is plenty of material to work with, the majority of tracks containing something genuinely interesting. Many of the rhythmic grooves are satisfyingly cracked and broken, and there are glimpses of engaging melodies and intriguing synth use, plus the occasional innovative creation. However, considering such an enviable array of technology has been used, none of this is particularly expanded upon sonically. An impressive clutch of synthesizers (a Doepfer modular system, EML 400/401 synth and Korg MS 20, respectively) are used in such an understated manner that their individual character – or, indeed, the decision to even use different units – is largely lost. The CR78 drum machine too, although a classic piece of equipment, is very difficult to add to any recording and take seriously. sync doesn’t manage to set the context properly to do so successfully, and the presence of Muzak-like tracks only serve to reinforce this.

sync is a case study in the difficulty of relevance, both its concept and execution being questionable. This alone is not a bad thing, as the pair have achieved some very thought-provoking moments, best judged by the individual. The real question is whether this is supposed to be an album or not. If it is, it is quite obvious that it doesn’t live up to the format. If it isn’t, then why release a collection of half-started material? Either answer, like the listening experience, is frustrating.