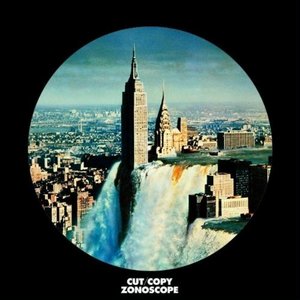 Cut Copy’s fantastic 2008 album In Ghost Colours was the pinnacle of hipster-friendly disco, an ideal middle ground: everyone’s favourite feel-good party record endowed with impossibly rich production. Ecstatic beats reinforced with a full, rounded low end (so the kids don’t think it’s too fey/gay), strobelight synths nudging up against grandly strummed acoustic guitars and post-punk electrics, it seemed designed with pure, universal accessibility in mind. Throw in glittering production from former DFA founder Tim Goldsworthy, and you have an album of impossibly shimmery, almost detachedly anthemic songs that felt – and still feel – more like polished products than the work of a coherent band, an album so close to an unrealistic ideal it was almost alienating.

All of this is a roundabout way of saying that although they had pretty much the perfect ratios of everything, Cut Copy didn’t have much of a personality. Following the release of the album, their extensive tours showed off a scaled-down sound, the sound of a band playing songs where the guitars were guitars and the dinky synths were sufficiently dinky. They must have liked the way it sounded, because while third album and follow-up Zonoscope is far from a live album, the self-produced effort is determinedly reduced and condensed. The tracks on Zonoscope are cohesive and tight, almost like a band playing. They even veer off into some unexpectedly rockist climes, riffing on the warmed-over psychedelia of fellow Aussies Tame Impala on ‘Where I’m Going’ and guitar tangents that snake like cracks forming on a windowpane on the hazy ‘Alisa’.

At face value, Zonoscope is not as immediate as In Ghost Colours, but nor does it revert to the solipsistic void of debut Bright Like Neon Love. Rather, they favour uncluttered grooves and an almost motorik ideal of propulsion, particularly on opener ‘Need You Now’ which builds like New Order covering Neu! The band does give into old impulses: the bouncy ‘Take Me Over’. where springy disco guitars mutate into beaming neon synths, or the stop-you-in-your-tracks breakdown in ‘Pharaohs & Pyramids’ that nudges it from bristling hesitance into full-on disco rapture. It’s all less polished and decidedly more retrospective: they’re aiming to sound more like their actual influences rather than the conglomerate 21st-century glamour of Colours, and it’s charming. There’s the personality.

Cut Copy’s finest moment to date to my mind has been ‘Strangers In The Wind’, a wistful slow jam deriving inspiration from late 70s shag-carpet rock – hell, it sampled Fleetwood Mac’s ‘Over and Over’. Zonoscope finds them refining this tendency, loaded with unexpected guitar motifs and subtle backing-vocal hooks. ‘This Is All We’ve Got’ in particular epitomizes their slow-burn potential: the disco tics are channeled into glistening arpeggios and ringing guitars send waves of gorgeously dusty ambience and delay across the track’s muddled lower reaches. Whitford’s soft voice bleeds in and out of an echo chamber, evoking nostalgia, sadness, and hope all with a few syllables. Few moments on Zonoscope measure up to this kind of majesty (though the similarly Fleetwood strummer-cum-singalong ‘Hanging Onto Every Heartbeat’ comes close), so when they go softer elsewhere it’s easy to mistake it for snooze-worthy hedging. But that’s just ignorance; Cut Copy have stopped striving towards exhaustive populist anthemia and turned back inward. So while not every track is a full-on bliss-out, they’re now more than just ear candy, inane lyrics aside.

Forgoing the straightforward flow of its predecessor, Zonoscope has its most attractive sections coalesce out of a swirling vortex of echoes and decay that surfaces between tracks, and if it rarely breaks out into addictive histrionics, there’s a litany of jaw- dropping details that you have to coax out. It’s too easy to think of Zonoscope as a retreat and leave it at that, but you can’t live on a diet of ecstasy and cocaine forever. Cut Copy’s risky follow-up is the much-needed respite, maybe even rehab. And as if the album wasn’t conflicting enough already, they end it with fifteen minutes of sweat-spattered disco. The epic pulse of ‘Sun God’ is a wrench thrown into the system, moving through gorgeous ambient passages into a chugging krautrock finale of stilted synth dance. The only remnant of the excess of Colours, its grossly extended length means that it flickers and peters out rather than ending in a spectacular flash, perhaps a metaphor for the new Cut Copy. Standing on their own in a newly privileged position, Cut Copy are less hollow and less artificial the third time around – and if that means they’re not quite as immediate, so be it. At the very least, Zonoscope sounds less hemmed in by its era, by trends; and in a time when even independent music is driven by fashion, what’s better than that?