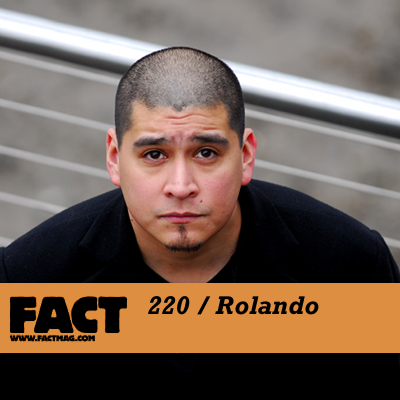 This Monday’s FACT mix takes the form of an expert techno session from the one and only Rolando.

Rolando hails from Detroit’s Hispanic district, equally influenced by the rhythms of his Latin upbringing and the techno that has been in the city’s blood since the late ’80s. He joined the legendary Underground Resistance stable around 1994, releasing one of the label’s biggest ever tracks in 1997’s ‘Knights of the Jaguar’ – a stone cold classic that also prompted one of dance music’s greatest scandals, when Sony released a “tone by tone” cover of the track after UR refused to license it to them.

He remains a revered DJ and producer, despite releases being in relatively short supply in his post-UR days, and this year, appears to be fully back with a vengeance. January’s 5 to 8 EP on Ostgut-Ton demonstrated his diversity, pairing peak-time Berghain favourite ‘De Cago’ with the stunning desert half-step of ‘Junie’, while recent and forthcoming remixes for Local Action, Skudge and more – the former released today – prove that there’s still few more capable of taking you down that tunnel than the Aztec Mystic.