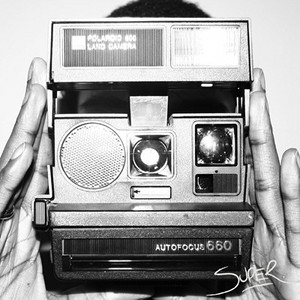 London’s PhOtOmachine is a relatively new producer, straddling the line between 2step garage and fidgety house, and his spacious and clear productions slot in nicely to the clean, classy sound of Raffertie’s emerging label Super. His unforgettable (and freely available) remix of El-B showed a producer with a good handle on a mighty triumvirate of sub-bass, snappy beats and trembling melodic outbursts, and this latest effort is no different. ‘Sine Language’ is archetypal 2step, but with the swing set to extreme levels so the drums swerve and somersault wildly before knocking the next one into its loopy path, all over dubby tendencies emphasized by the flipside ‘Technicolour’, a ridiculous funhouse mirror reflection of 4×4 garage, dipping purpled chord stabs and evaporating dub-techno synths. By the time PhOtOmachine brings in his characteristic oscillating melody lines, it’s an overload of sensory stimulation, not quite technicolour but dazzling nonetheless.

The EP comes backed with a load of remixes, and unlike most similar cases, they’re actually almost essential. Raffertie absorbs ‘Technicolour’ into his current microhouse-tinged sound, dicing up the percussion into a cartoonish flurry of microscopic samples, and stringing the shards of drums along a volatile and tugging bassline. Throwing Snow stretches out those shooting synths and drapes the track in a thick velvet fog, percussion bouncing back as if held in by the rich, sensuous canopy. But the EP belongs to Optimum, whose barebones ‘808 Reduction’ seizes on the thumping house factor, chugging forward determinedly and picking up new elements along the way. For most of the ride, slurred drum sounds take the place of melodies, his down-and-dirty vision subverting the feminine pressure into pure, thrusting sex, breathy exhortations and all. The only complaint I could level at PhOtOmachine is that his exacting tunes lack atmosphere, choosing stark hospital white over a proper background, but his production is otherwise impeccable, almost filling up that empty space with its own charged, quirky energy.