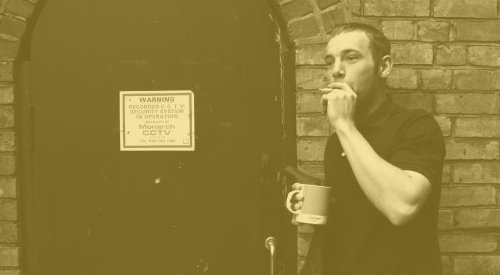 You might know Kavsrave from last year’s Quotes EP, released on Numbers. You might know him from the soundtrack to Darren Aronofsky’s Black Swan. Alternatively, you might just know him for possessing some of the best forearms in South London [above, duh].

Next month, Kavsrave will releasing a new EP titled The Break Up on his own label, Tighten Up, and in our opinion it’s the best thing he’s done yet. Like, seriously seriously good – watch it out for it. Until then, you’ll have to make do with this late FACT Valentine’s Day gift from Kav, a refix of Ginuwine’s ‘Differences’ that can sit right next to that dEbruit mix of ‘Pony’ we gave away last week on your lovers’ playlist. Don’t act like you don’t have one, scummers.