Nicolas Jaar: Space is only Noise 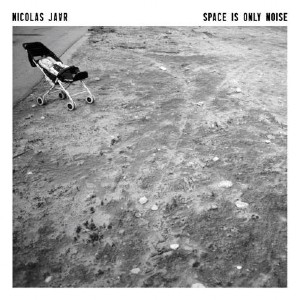 It’s difficult to pinpoint exactly when singer-songwriters became attracted to electronic music production, but the shoegaze era’s dalliance with manipulated textures and drum machines certainly seemed to inspire many. After shoegaze ended up burning itself out with endless copies of Loveless, Dntel’s 2001 album Life Is Full of Possibilities stepped up to brook a whole new fascination with melding electronics with typical indie rock song structures. In particular, ‘(This Is) The Dream of Evan and Chan’, featuring Death Cab for Cutie’s Ben Gibbard was a lightning bolt that not only birthed The Postal Service but a mini-storm of other such collaborations between indie musicians and electronic producers. Ten years on, the collaboration of two different types of artists coming together has largely been replaced by artists who grew up listening to both types of music and look at the world through a singular lens. Darkstar, Mount Kimbie, and James Blake are probably the most well-known of the past couple of year; now enters Nicolas Jaar, the 20-year-old Brown University student with a scattering of acclaimed singles and EPs already under his belt.

The looping waves and spoken word samples that open Space Is Only Noise on ‘être’ are the perfect introduction to the album title’s meaning; the song’s composition a completely open space into which Jaar pours melody and percussion. It’s a sad space, too, as many of the album’s tracks are. The noise-as-symphony ‘Specter of the future’ and gentle piano piece ‘Almost fell’ exemplify this sad, wide-open atmosphere as does the ghost of Erik Satie on ‘ˆtre’, the record’s closing track.

However, there is a dark, Tom Waits kind of humor throughout this album, exemplified on the subtle, mumbling ‘Too many kids finding rain in the dust’ and ‘Keep me there’. Even though though both tracks are melancholy at the root, the bouncing drums and jangling piano rerender them as a sort of modern blues. Blues is one of the great untouched, unmodernized styles of music, but Jaar seems to take both the instrumentation and mood and make it his own here. Listen to ‘I got a woman’ and try to fight the wistful heart pangs it conjures. ‘Problems with the sun’ should best be heard in the context of knowing the lineage of ‘A Horse With No Name’, a song it bears little resemblance to but feels right at home with, due to its loping grace.

There is another arena that Space Is Only Noise operates in, that classic Mo’Wax and Ninja Tune translation of instrumental hip-hop (I won’t utter that infamous epithet for it). The aforementioned ‘I got a woman’ is a good example, as is ‘Colomb’ with its slow, glacial drums and Rhodes keys. It’s a strange thing to be hearing music this subtle in the modern age of hyperactive frequencies and pulse-shattering bass. ‘Balance her in between your eyes’ brings back that honky-tonk piano but it’s cut up like a Nosaj Thing song, with sharp snares ringing out in sync. The similarly quicksilver edits of ‘Variations’, meanwhile, are married to an almost bluegrass guitar.

It’s surprising that an album that marries this many periods of musical history should come from such a young artist, but Jaar just goes to show how the rise of electronic music has changed the path of musicians. Instead of going on to write and play traditional music with traditional instruments and song structures, the new generation is turning towards what they hear in the clubs for inspiration. As shown with Space Is Only Noise, the results don’t actually have to be aimed at the club to succeed.