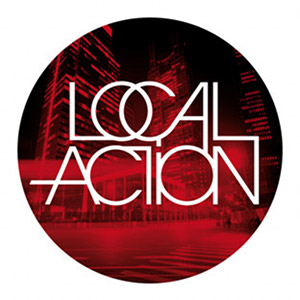 Good dance music tends to fall into one of two categories: tracks that instantly grab you, thanks to some kind of memorable hook or combination of sounds you’ve never heard before; and tracks that are covertly infectious, that almost slip by on first listen and only re-emerge at some later date, firmly lodged deep in your subconscious.

Contakt’s debut release, ‘Not Forgotten’ [disclosure: released on FACT contributing editor Tom Lea’s record label], definitely falls into the latter category. On first glance it could seem fairly unremarkable, constructed from a selection of not unfamiliar sounds – a fairly simple, shuffling Funky beat, some Detroit-esque synths, a brooding dub bassline. Yet it’s the sort of track that’ll take you by surprise – maybe reappearing unexpectedly in the middle of a mix or on an iPod left on shuffle – and it’ll suddenly click just how devastating that simple bassline is, and how funky that drum groove is when the 4/4 shaker loop kicks in.

Certainly a strong and promising first effort from the Midwestern-US producer. And the slightly-tribal, acid-laced remix by Underground Resistance’s Rolando on the reverse is a definite bonus.