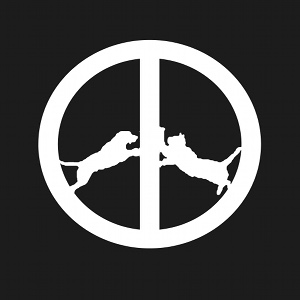 Thanks to the wilful perversity of Dean Blunt and Inga Copeland, to give them their “stage” names, I find myself in the unusual position of reviewing a release which has sold out on pre-order before it’s even been released. Issuing just 50 copies of a single at the apex of their notoriety would simply be obnoxious, were the music itself not up to scratch.

Is it? Well, it’s fair to say that it’s the most evolved, and perhaps most accessible, of Hype’s work to date, presenting two versions of the track ‘Rise Up’. The ‘Inga Copeland Club Mix’ occupying the A-side is too languid to justify its no doubt sardonic billing, but it does highlight what makes this act so different to the hypnagogic pop artists with whom they find themselves unfairly aligned: their preoccupation with, and intimate understanding of, rhythm. ‘Rise Up’ sounds like Balearica redeemed: the soundtrack to a dawn walk across a grey and gravelled beach, pale sun obscured by elegiac synth chords sprung from a lo-fi Chicago house tearjerker like ESP’s ‘It’s You’. Copeland’s consonant-shy vocalisation here sounds as dissolutely beautiful as it did on ‘The Throning’ – indeed, that Sade version is the past Hype track to which ‘Rise Up’ is sonically and spiritually nearest. Though the recording is typically tape-saturated, the hooks are sharp enough to pierce through the clotting; there’s definition to this track, and it’s a function of intent. The more I listen to Hype Williams, the more I realise how thrillingly deliberate what they do is.

The B-side, an instrumental take on the original ‘Rise Up’, allows us to pay extra heed to Copeland and Blunt’s cereal-crunch drum programming, and the toothpaste-ooze of low-slung boogiedown bass it punctuates. Hype Williams’ many haters seem to rally their distaste around a perception of the duo as airy fairy art-school pranksters, but what both sides of ‘Rise Up’ demonstrate is the outright, fuck-off toughness of their work. I’m sorry, but you can’t fake the kind of grit on show here.