MINKS: By the Hedge 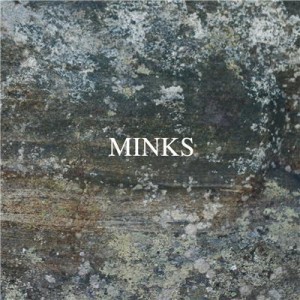 What is it about the sound of England in the ’80s that has such an allure for young, guitar-wielding Americans today? The answer can probably be found somewhere amongst recent offerings on trend-setting Brooklyn label Captured Tracks, where bands such as Catwalk, Beach Fossils and Wild Nothing take their cues from the downtrodden dirges of My Bloody Valentine and the studied melancholy of The Cure and The Smiths. The latest addition to their ever-swelling ranks are MINKS, the brainchild of Boston-born, New York-based Sean Kilfoyle, whose debut album By The Hedge attempts to join the dots between all of the above.

MINKS are a band who don’t so much wear their inspirations on their sleeve as have them self-tattooed on their arm with a pair of scissors and a biro. The spectre of shoegaze icon Kevin Shields haunts tracks like ‘Life At Dusk’ and ‘Bruises’, and recent single ‘Funeral Song’ is an ode to Robert Smith’s unrefined pop sensibilities, but that’s not to say that the group ever fall into the trap of letting their influences define them. While the forced morbidity of titles like ‘Cemetery Rain’ and ‘Ophelia’ could have been lifted from the pages of a sixth former’s notebook, the songs themselves are charming and surprisingly visceral. Even the despondent moniker of ‘Funeral Song’ disguises an upbeat elegy to summers past, where Kilfoyle’s vocal slurs somewhere between Dylan and Ferry atop a wailing synth, dragged forward by the simple but effective paring of bass and drum.

Album closers ‘Juniper’ and ‘Arboretum Dogs’ are strengthened by proper duets between Kilfoyle and Danish singer Amelie Bruu, and the resultant harmonies lead to moments of genuine and disarming beauty. It’s this interplay between the former’s despairing delivery and the latter’s beguiling melodies that saves opener ‘Kusmi’ from the contrived lyrics of “walking home after dark, the girls with broken hearts”. By drawing out the indie-pop wallflower that is nestling shyly amongst the album’s tracklist, the band not only honour their idols but occasionally equal them.

Don’t then, approach By The Hedge looking for much originality, instead view it as an evocative and accomplished love letter from one generation of musicians to another. As a testament to the influence that Shields, Smith and Morrissey continue to have on artists today, you’re unlikely to find better.