Based in Birmingham but originally from Wolverhampton (as are Goldie, Actress, Alexander Nut and Fantastic Mr. Fox – not bad form), Mark has built up a fierce fanbase on his slow house singles and disco edits, many of which were collected on last year’s Works. Stone Breaker, however, represents the first full-length showcase of Mark’s original productions, following a productive Summer 2010.

The record is released on May 16; tracklist follows the transcript of our chat with Mark below.

Hey Mark, what have you been up to recently?

“Music wise since the new year I have been working on various remix projects including a remix of Agoria for Infine music, and a track by Luke Solomon for the relaunch of Classic Records. Plus keeping the ball rolling with the release of the album on Ghostly / Spectral. Also using the relative quiet of the winter months to get some new productions underway and organizing this year’s releases for my label MERC.”

Anything particular giving you a lot of pleasure or pissing you off?

“I’m very much enjoying the new music I’ve been buying lately, so much good stuff about, new and old. I was pretty down on the whole about new music and how little quality there was, so found myself buying a lot of old house music, but if you search it’s there. I think there’s a glut of unimaginative disco edits flooding the market which obscures the buyer’s view at the moment.”

This is your first “proper” album, in the sense that Works was a collection of singles to date. How did you approach making this album? Did you have a sure sense of the overall narrative before you started, or did it come together in more piecemeal fashion?

“Yes this is my first artist’s album of new material, no edits, very little use of sampling. I’m very focused on leaving edits behind and producing new original material which is obvious in Stone Breaker. I didn’t actually approach it with an album in mind, I hit a great stride in producing during Summer 2010, and before i knew it I had a number of tracks together which I could either start to put out as 12″s or evolve it into a full album of tracks, which is what i decided to do. So the narrative was not forced or preconceived, it happened naturally and subconsciously.”

Did you approach things differently in terms of sound / how you actually made the music, or is the new album more of a refinement of what you were doing before?

“The process and equipment has not changed, but the attitude and direction of how I want the music to sound has. I think my sound has matured massively over the last year or so anyway, and the album is an extension of what happens naturally by being fully immersed in production full time, and think this really shows with the album and my latest releases.”

How did you come to be releasing an album on Spectral in the first place?

“They asked me to remix Matthew dear’s ‘Little People (Black City)’, and so made the contact that way and built up a rapport and relationship. So just kept them up to date with what I was doing, and I think it will be seen as a surprising combination to many, but it really works. I’m extremely happy to be involved with Ghostly / Spectral, they’ve created an extremely cool brand and graphic around the album which compliments the music beautifully.” 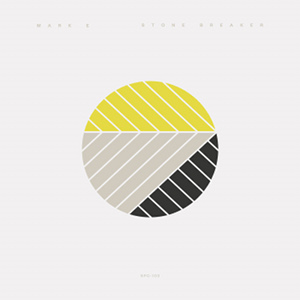