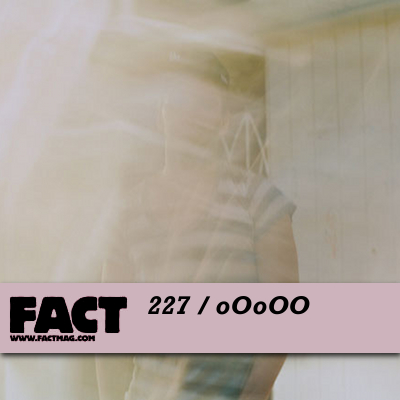 We don’t know much about oOoOO, and he probably quite likes it that way. Here’s what we do know:

1. He’s from San Francisco, and judging from the few Google-able shots where you can see his face, he loves cigarettes.
2. He released several excellent low-key singles in 2009, including the incredible ‘No Summr4U’, before putting out his most realised EP yet through Tri Angle last year.
3. He’s DJing at the Ether Festival on April 9, alongside Games, Oneohtrix Point Never (both live) and Casper C (DJ).
4. It’s pronounced “Oh”.

oOoOO’s FACT mix starts with a new track by him, before rolling through a selection of FACT favourites (James Pants, Gucci, DJ Roc), stuff you might expect (Demdike Stare, Broadcast) and some bits you might not (Cat Power). Overall, it makes for pretty good listening, but really, was it ever gonna be any different?