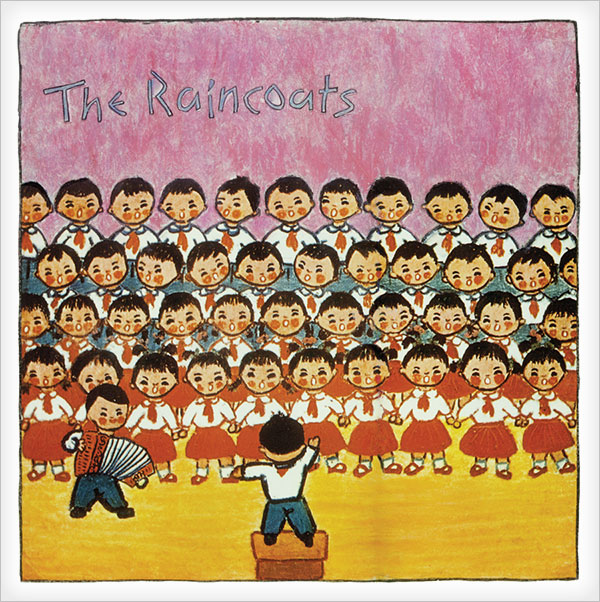 Originally released on Rough Trade in 1979, this record is a landmark in post-punk, new wave and indie-pop, and it also boasts one of the most teeth-grindingly cutesy cover paintings (courtesy of Pang Hsiao-Li) in history. The We Three label is responsible for this reissue, delivering it on CD and heavyweight vinyl with liner notes, photos, an introduction from Raincoats obsessive Kurt Cobain (this first appeared in ’94’s Rough Trade re-release) and other ephemera. It’s released later this month.

The band was founded by Ana da Silva and Gina Birch at London’s Hornsey College of Art in ’77. Their early, oft-changing line-up included such luminaries as The Slits’ Kate Korus, PiL’s Richard Dudanski and filmmaker Patrick Keiller (Robinson In Space), but it was when they became an all-female outfit  that The Raincoats’ star really began to rise, leading up to the release of The Raincoats. The album was produced by the band with Rough Trade boss Geoff Travis and Red Krayola mainman Mayo Thompson.