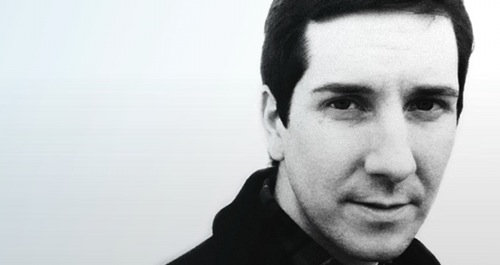 Instra:mental’s Alex ‘Boddika’ Green may have been sending everybody mad lately, but he’s not the only member of the Autonomic unit working solo.

Kid Drama, the other half of Instra:mental, has been indulging his more experimental side for a little while now, working solo under the Videodrome-inspired name Jon Convex. With releases due on Martyn’s 3024, NonPlus and Naked Lunch, in six months’ time you’ll probably be going wild about this stuff the same way you are Boddika. Time, we figured, to look under the hood and find out about the project’s genesis and future.

Instra:mental will be playing an extended, 90 minute set at this Friday’s FACT party, at Shoreditch’s Funktion One-sporting Citipost Building (formally Scrutton St Studios). Also on the bill are KiNK, Slimzee and Elijah & Skilliam. Unmissable, right? Early bird tickets are dead, but you can still grab £8 ones here.

Jon Convex – what prompted the new name change? And what’s the name a reference to?

“Kid Drama has been a nickname for a long time and with the solo project I wanted to create a new character away from that, as I wanted the new alias to be separate from the Instra:mental project. Convex comes from the classic Cronenberg movie Videodrome made in ’83. The character was Barry Convex, I always thought it was a classic name. As for Jon… my middle name is John and when I was designing the logo I accidentally left the H out and when I tried adding the H back in, it just didn’t work! So I went with Jon Convex.”

Obviously you and Alex are both releasing solo work this year – what prompted this, and have the Convex and Boddika projects been a long time coming?

“We had always both talked about solo work and projects but had been so busy with Instra:mental and our label Nonplus that we just didn’t have time to pursue it. Last year while I was touring Instra:mental in Australia, Alex started work on his solo project Boddika and when I returned we finished up the LP and both thought it was the best time to start exploring our solo work.”

I presume you approach the Convex stuff quite differently to how you approach Instra:mental – what, specifically is different about it?

“I just started getting used to working alone again, I used to explore and work on solo bits back in the early ’00s and really enjoyed the ability just to sit down ’til all hours messing about with programs and in that time I got into Reaktor and exploring the possibilities of creating patches, etc.

“The first couple of Convex tracks were made between our studio The Zoo and my home studio, and it had a certain sound about it that was familiar with Instra:mental and Boddika as I was using the same synths, outboard dynamics and general approach to making music. Since then I have invested in some really nice outboard hardware for my home studio, outboard dynamics, effects and synths that will shape the forthcoming Convex sound.”

How’s the Convex stuff sound, in terms of vibe, tempo, aesthetic, etc? The Boddika work has been quite narrowly focussed so far, from what I’ve heard… Is it a similar case with you?

“The Convex stuff allows me to focus on the elements I enjoy, without compromising. Both Alex and myself have similar taste but at the same time we both have our own favourite styles of electronic music and the solo projects allow us to explore these avenues. People will also be able to hear the two sides that make up Instra:mental. As always with Instra the Convex stuff wont simply fit into a category, it will be varied and will change with the mood, but my main aim is to create music that can work at home as it can in a club environment… I’m gonna label it as EPM (Electronic Party Music) because thats exactly what it is. In terms of a Convex set.. expect a mix of old and new, spanning all electronic genres that fit into the BPM range I’m playing at.”

Is there a side of you that comes out when you work solo than Instra:mental perhaps doesn’t let you expand on?

“Yeah… working solo allows you to spend more time experimenting, when we are in the studio we tend to just get to work, but having a studio at home now allows me to roll out of bed and just sit for hours messing about with various guitar pedals and effects processing that might not even be used straight away or at all, but there’s no pressure… it’s not eating into anyone’s work time but my own. Also the ability to capture a vibe instantly is really great too, sometimes when you get an idea and then have to set off down the studio, by the time you get there you may still have the idea but the vibe’s gone.

“I also like working with vocals and writing my own material and processing it, so vocals will be something i’ll be expanding on.”

What can we expect from Convex in terms of releases?

“The first bits I actually finished and was happy with, I signed to Martyn’s 3024. I’ve been talking to Martyn for years and its nice to have a release on his label, I did vocals for ‘Natural Selection’ for 3024-002 and always wanted to work with Martyn again. I’m going to keep the material quite exclusive…But there is a Naked Lunch release in the pipeline and also a Nonplus release I’m working on. Once these releases are finished I’ll prob start working on an LP slowly over this year…with the LP I can get a bit self-indulgent and experimental!”

Aside from the solo stuff, how’s everything in the world of Instra:mental? The album sounds pretty healthy, as does the forthcoming NonPlus stuff. What else doe the label have in the pipeline for this year?

“The Instra:mental LP Resolution 653 is up next and after that we have an amazing LP from LOL. As far as 12″ releases we have so much great material coming out over this year, including releases from Actress, Lowtec, Skream, Boddika, Martyn, myself as Jon Convex and some other material that we will expose nearer the time… all very exciting stuff!”