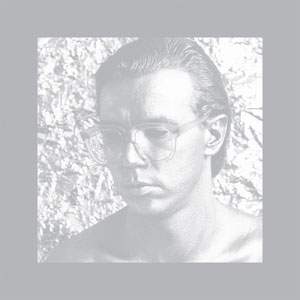 Originally released by Sky Records in 1980, Synthesist is something of an undiscovered gem of West German Kosmische musik. Grosskopf, a drummer who had previously recorded with Klaus Schulze and Ashra, may look like a lab technician in ill-advised silver body paint on the original sleeve, but he shows a more adept touch when it comes to the music.

The album’s eight tracks find their own path through a landscape of cosmic-tinged motorik, Tangerine Dream-like sequenced electronics and occasional darker moments of ambience. The opening ‘So Weit, So Gut’ (so far, so good) lives up to its title, an arpeggiated vision of Buck Rogers cruising down the Autobahn on some distant planet, analogue synths creating a Doppler shift in the listener’s head.

Tracks tend to be dense rather than sparse: ‘Transcendental Overdrive’ builds layer upon layer of sound, until its lead synths duel on the musical freeway like Dennis Weaver in a Sunday afternoon B-movie. Also keeping just the right side of noodling, ‘Emphasis’ features jazzy time signatures, a key change and heavy use of the pitchbend wheel.

The title track is a slow-building seven-and-a-half minute beauty. From a contemplative opening to delightful action as each wave of drums and each new synth line adds to the feeling of deep satisfaction. A sunrise soundtrack every bit as lovely as Orbital’s ‘Belfast’.

If ‘Synthesist’ is the light, Grosskopf explores his darker side on tracks such as ‘1847 – Earth’ and ‘Trauma’ . The former begins with a drone or tone from somewhere deep in the bowels of the earth, adding Jan Hammer meets Joy Division rhythms, followed by percussive touches that wouldn’t sound out of place on a Roska record, as well as passing noises that enthral and disturb like a large, strange animal briefly glimpsed in a rainforest. The track ends with incomprehensible sounds of slowed-down speech, adding to the disorientation of this aural Ayahuasca trip. ‘Trauma’ continues in a pleasurable but slightly sinister vein, largely beatless, with dark ambient tones and odd noises on top of phased synth sweeps.

The synth washes of ‘B. Aldrian’ show that Grosskopf can occasionally veer a bit too close to New Age territory, but elsewhere he gets the balance between light and shade, rhythm and melody, contemplation and perspiration spot on. Synthesism rarely sounded better.

Ed: Justin chose to focus on the original Synthesist; the reissued version of the record, however, comes with a bonus disc of remixes and reinterpretations from James Ferraro, Oneohtrix Point Never and more.