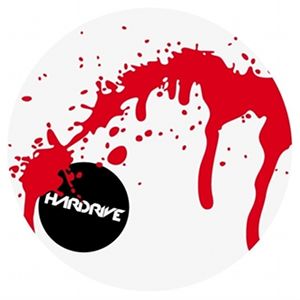 Grime has been clawing its way back to the centre of underground UK music in a big way recently, riding a new wave of credibility in futurist iterations from Terror Danjah, Hyperdub, and Butterz. But with the rising profile of figures like Slackk and the eski-aping sound of Becoming Real and sometimes Jam City, there’s been a pseudo-lionization and a growing mythology surrounding classic grime. Honestly, it’s been a long time coming; the music is legendary for a reason. Terror Danjah’s new(ish) Hardrive label takes a bold step in 2011 with a sharp look backward, and in typically cyclical fashion it feels perfectly now.

Dating all the way back to 2004, P Jam’s ‘Anger Management’ is a minimal monster of a tune, slamming with the same slurred and blurred percussive elements of ‘Ice Rink’. But it’s the oddly distant, echoed vocal grunts and dirty (dare I say grimy?) morphing bassline that really push it into the ‘classic’ category. ‘Anger Management’ simply sounds rough, dirty, and raw, like it could barely be rendered by whatever archaic software produced those sounds. ‘Samba’ is from around the same time, and it shares in the same cheap, dulled aesthetic, built out of synth guitar and screeching tires, heavy on the bongos to boot.

But you can’t accuse Terror of living in the past, as he rounds out his label’s third release with a brand new track from the veteran producer. Comparatively lush, “Sorefoot” is heavy on the synth sounds, the careful percussion relegated to nudging the track along instead of dominating. It’s fascinating to hear P Jam dress up his classic-leaning sound in shiny new clothes, and heartening that even after all these years he’s evidently still going strong. Even as grime gathers together a promising wave of new producers, there’s life left in its progenitors, and Hardrive has made a brilliant move by giving a forgotten anthem a brand new pedestal in a time more receptive than ever.