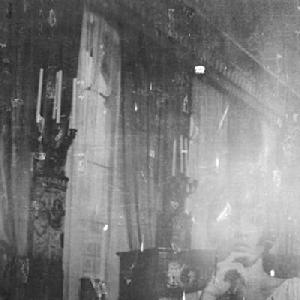 Belong’s haunting 2006 debut album October Language was like a rorschach test ink blotch, a splatter of fuzz steadily spreading outward and staining the fabric of whatever space it inhabited, occasionally coalescing into discernible shapes before receding back into comfortable ambiguity. But that album was recorded all the way back in 2004, and like any good group, the New Orleans’ band has evolved; 2008’s Colorloss Record EP had them covering ’60s psych un-classics, as bits of solid manmade structure just barely poked their manufactured corners out of the muted -clouds of distorted guitar.

Well, enter 2011: the band have made the move to always-reliable Chicago label Kranky and those structures have shot right up through the once impermeable clouds. Belong’s long-awaited second album Common Era begins with an uncharacteristic squall of feedback that goads on the mechanical gallop of ‘Come See’ – you heard right, there are beats. It seems that the purveyors of formless beauty have discovered the drum machine, the device which figures itself as the centre of Common Era despite being just as buried as everything else. Or maybe flattened is a better word: the album occupies a very deceptive physical space, thinned with edges sanded off so it’s curiously reserved even when it’s unforgivingly loud. With the steady, almost motorik pulse of tracks like ‘Make Me Return’ neutered, the album has a rickety and constantly decaying atmosphere, evoking the faded and damaged photographs that make up the band’s distinct artwork.

Common Era is more obviously shoegaze than its mostly ambient predecessors, particularly as guitars play discernible chords, drums beat monotonously, and the vocals are clearer than ever before. While there are some tracks that owe obvious debts to Kevin Shields (‘Never Came Close’) and Psychocandy (‘Come See’), the band’s other influences threaten to surface in the toxic murk and lift it from the dangerous realm of imitative nostalgia into something poignant and personal. Dried up old goth makeup cakes ‘A Walk’, where chorus-pedal guitar that sounds like it crawled out of Seventeen Seconds crackles and implodes into a smokescreen, while the album’s wispier moments (particularly closing dirge ‘Very Careful’) hearken back to the druggiest moments of early Deerhunter with their singalong melodies and pleasant vocals.

The album’s fascinating (and potentially alienating) sonic makeup also finds a much less likely companion in black metal. I’m talking the real kvlt shit: the thrashing drums struggling to cut through the tinny fog of sustained, stretched-out guitar chords can’t help but recall early Bathory or Burzum. The stunning bombast of ‘Different Heart’ particularly dredges up prime Emperor in all its synthetic-orchestra glory, dressed up in the preppy clothes of romantic pop. It all culminates in album centrepiece ‘Perfect Life’, which revs to life on a tsunami of a guitar riff, delirious synths lagging behind as the band sings its prettiest melody over the most aggressive din that it can muster. While Common Era might be made of familiar elements — and indeed, a few moments hew too close to the band’s ostensible influences for comfort — the way that Belong buries, distorts and destroys them over the course of the album is just as confusing and thrilling as the shoegaze sandstorm they conjure up. Belong stood out from their staid contemporaries back when they were an ambient band, and now they shine even brighter as a quasi-shoegaze band, finding new things to do with one of the oldest tricks going.