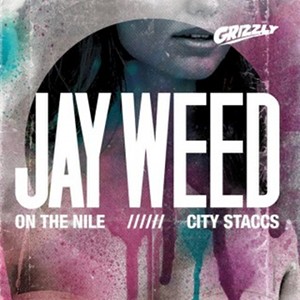 Few do it quite like Jay Weed. The French producer makes house music with a sense of dread and space reminiscent of classic dubstep, and although ‘On the Nile’ isn’t quite as instantly anthem-shaped as last single ‘Prism’, it’s no less fantastic, with those DMZ era influences further to the forefront than ever.

In fact, the best compliment you could possibly pay ‘On the Nile’, with its snake-charmer flutes and scuttling drums panned for maximum atmosphere is that it sounds like Digital Mystikz’ ‘Neverland’ filtered through the lens of 2011 bass music or whatever it’s called now. Not sure they had flangers in ancient Egypt, but who’s interested in authenticity?