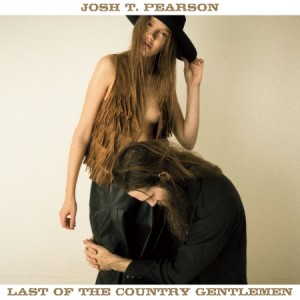 Josh T. Pearson is a one-of-a-kind artist. His one previous ‘official’ album, The Texas- Jerusalem Crossroads, with his band Lift To Experience, was released in 2001 to little fanfare. Outside a couple of well-received Peel sessions, it went largely unnoticed. A difficult record, ostensibly somewhere between indie, post-rock and country, it was about how the world was about to end, and God wanted to warn people by enlisting a Texan rock band to spread the word. It was a debut double concept album, which isn’t really the easiest thing to sell, even if the whole thing was an almost impossibly daring combination of Jeff Buckley, My Bloody Valentine and Godspeed You! Black Emperor. As far as this writer is concerned, it was by some distance the finest album of the last decade.

The band toured the UK a couple of times that year, before eventually splitting up. It’s unknown exactly why they split, but rumours abound, among other things, that Josh mailed bassist Josh Browning an item of his footwear, quite literally giving him the boot. Whatever happened when they ended, before they did, they blew a discerning selection of minds as they toured. The album concluded by visualising the end of the world, precipitated by the USA being attacked. “When America falls, the world will fall with her”, Pearson sings on ‘Into the Storm’, which was already an ominous slice of Americana in August 2001, but lines like “tell your mother you won’t be home for Christmas this year / You’re headed south for the promised land / with guns in hand” took on infinitely more poignancy when performed just two months later. And then it all went ominously quiet.

Following the eventual demise of Lift To Experience, Pearson disappeared from public view for a number of years. Their page on the Bella Union site went without update for a long time, as Pearson spent time battling his demons, back in Texas. He eventually emerged, to my knowledge, in 2006, playing live supporting the Dirty Three (whose Warren Ellis brings his violin artistry to this solo record), his youthful exuberance and mutton chops replaced by a haunted expression and bedraggled beard. Although he visibly had issues, his performances were excellent.

I saw him again the next year, again supporting an Australian band: this time Devastations. Returning to writing and touring had clearly done him good, as this time he was less nervous and displayed far more clarity in conversation. When I asked him about a potential new Lift To Experience album, he said he had ideas, but needed a two-record contract, because the next one was going to be really dark, and that he needed to end the trilogy on a positive conclusion. In the meantime he was going to work on more traditional country fare, rather than the absurdly complex narrative and song-cycle work that goes into Lift To Experience.

Four years later, those country songs have seen the light. This is technically not the first time Pearson has released a solo album. He self-released To Hull and Back, with a picture of him, black-eyed, on the cover. As I recall, he’d been punched by P.J. Harvey’s drummer. It was a set of lengthy, but structurally simple, songs that consisted of Pearson and a guitar. As he suggested that night in 2007, it was good practice for him to get back into the swing of things. Now, though, we have his debut solo album proper, put out by Mute. In this age of faceless mp3, it’s worth drawing your attention to the cover art, because it speaks volumes about the album.

At its most superficial level, it’s a lovely composition, certainly unharmed by the pleasantness of the model. On a cultural level, it’s symbolism for Pearson as a figure. He’s an artist from the fringes, for almost a decade a ghost. The passage of time has elevated his reputation. Suddenly magazines and writers pretend they’ve been into Lift To Experience the whole time; even the late Arena magazine heralded it as one of the greatest rock albums you’ve never heard of. As this photo reflects, he has invaded the mindset of journalists and musical cognoscenti, his magnificently gangly frame taking over the scene. And on a thematic level, the intended one, the cover art visually represents the album’s themes: it’s a plea for forgiveness from womankind. Whether it’s for what he has done, or what he is about to do, we’re unsure.

There is a brutality about this album. It’s largely singer-songwriter fare but, as Will Oldham has evinced, that can be a powerful combination. Last of the Country Gentlemen is a work of understandable sadness, considering what Pearson’s been through in the last decade and, like on The Texas-Jerusalem Crossroads, like To Hull and Back, Pearson has a long-form approach to songwriting. Remove the brief bookends, and the average song length is around ten minutes. As his mind had no mercy for him, Pearson has no mercy for us. For comparison’s sake, Mark Lanegan and Great Lake Swimmers songs last four, maybe five minutes. The end of the song is a respite from the misery. This album doesn’t spare us.

There is, however, a juxtaposition between the humour of some of the titles and the hard-hitting truth within the songs. So, while ‘Sweetheart I Ain’t Your Christ’s title may recall Karma To Burn’s ‘Bobbi, Bobbi, Bobbi I’m Not God’, its content is a stark look into an overly dependent relationship: “when I said I’d give my life, I weren’t talking suicide”. This contrast is at its most devastating on ‘Honeymoon’s Great! Wish You Were Her’, its title suggesting crass birthday and postcards. Once you start playing this exactly 13 minute journey into bitter regret and melancholy, though, any humour is out of the window. As befits this Texan who has seen the dark night of the soul, the theme is that classic country one of the man who’s “in love with a woman who ain’t my wife”. And we get to hear, in poetically pulverising detail, quite how painful a predicament this is for his narrator.

This level of verbal focus, this dwelling and expansion on ideas, concepts and dark emotions, is reminiscent of Bob Dylan on ‘Visions of Johanna’, only with Zimmerman’s raspy delivery replaced by that of a fallen seraph. The depth of this fall is uncomfortably evident on the already controversial ‘Woman When I’ve Raised Hell’. About domestic violence, some hacks have compared it to Eminem’s sordid violence fantasies. At the most reductive level, they are comparable: here is a man singing about beating his woman, even if there is a degree of poetry here that divorces it entirely from Eminem’s vulgar celebration: “there won’t be a star untouched in your sky / When my lightning crashes across that night”. But lines like “just let me sit alone on this make-believe little throne” makes it clear this is anti-violence.

Talk is cheap, though, right? Of course it is, and the real resonance of the song lies in the agonised delivery of Pearson. He knows the kind of man he is on this track, and he knows how he’ll react to the slightest perceived provocation. He hates himself for how he thinks and behaves, but knows also that he cannot escape what he is. So when he describes himself as “raising hell”, we hear no threat or braggadocio. We just hear a man trying to come to terms with what he is and what he fears the most. It’s horrible and beautiful.

It’s the album in a nutshell. So draining is this that it was impossible for your correspondent to give Last of the Country Gentlemen the rigorous immersion given to most other records I review. It’s too much of a beating to go through every day, despite the stunning turns of phrase, singing or delicately effective key change. This is one of those albums you can’t listen too often to, but is so brilliant, so moving and so destroying, that when you do, its power overcomes you. There may never be another Lift To Experience album, let alone two. That we finally, after a decade, have another real Josh T. Pearson album compensates quite adequately.