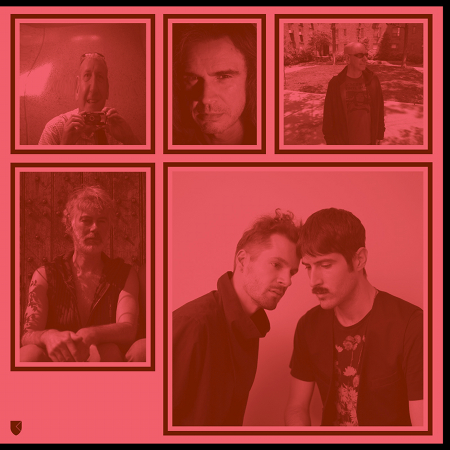 The new FRKWYS 12″ is by Mirror Mirror, and features remixes by members of Young Marble Giants and Ike Yard, among others.

FRKWYS, the subject of a FACT label profile last year, is an offshoot of New York’s Rvng Intl. that aims to bring contemporary artists together with their heroes for unique remix and collaboration projects. The first instalment in the series (Vol. 2, confusingly) saw Excepter reworked by Carter Tutti and JG Thirlwell, the second (Vol.3) was a full-length collaboration between ARP and Anthony Moore (of Henry Cow), and most recently Vol.4 saw Psychic Ills get picked apart by Juan Atkins, Gibby Haynes and Hans-Joachim Irmler.

For Vol.5, FRKWYS have outdone themselves yet again, compiling remixes of tracks from Brooklyn duo Mirror Mirror‘s debut album, The Society for the Advancement of Inflammatory Consciousness, by Stuart Moxham, Stuart Argabright, Alig Pearce and Rico Conning. Quite understandable if those names don’t mean anything to you, but the bands that they were part of ought to.

Guitarist Stuart Moxham founded seminal pop minimalists Young Marble Giants, one of the most unassailably brilliant groups to come out of the 80s indie explosion, and impressed with his short-lived subsequent project The Gist (check out ‘Love At First Sight’ – perfection itself). Alig Pearce was a member of agit-punks Family Fodder, while Rico Conning played in criminally little-known post-punk ensemble The Lines before going on to work with the likes of William Orbit and Depeche Mode. Last, but definitely not least: Stuart Argabright, the creative dynamo behind Ike Yard, whose self-titled album on Factory America sounds as pulverisingly modern today as it did in 1982, and has been held up as an influence by everyone from Kode9 to Raime. Argabright was also involved in the revered electro project Dominatrix. You can preview his contribution in this video:

FRKWYS Vol.5 is available on 12″ in a limited edition of 350, housed in thick black jacket with two-colour adhesive wrap, and also digitally. As ever, 50 subscriber copies of the 12″ are packaged in leatherette jackets. No messing.

Oh, and if you’re in NYC on Friday 8 April, be sure to hit up the FRKWYS night at Le Poisson Rouge which is being staged as part of Unsound Festival New York 2011. Emeralds and Alan Howarth will be performing separately and in collaboration, and there’ll also be a set from Harald Grosskopf, the veteran German artist whose classic Synthesist LP was recently reissued by Rvng Intl.. More info and tickets here.