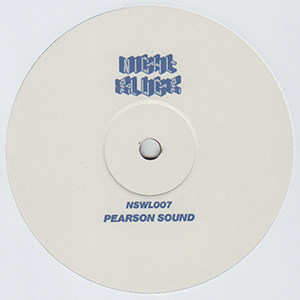 David Kennedy is kind of a big deal right now. No matter what guise he’s operating under (and there’s a third one now!), the Leeds producer has got the midas touch – even his bootlegs are solid gold. Conveniently released at the same time, new under-the-table white label releases from Night Slugs and Butterz put down some of Kennedy’s most revered DJ weapons onto wax for posterity, and really, we should all be thankful.

These tracks are so popular for a reason; pure dancefloor dynamite, they provide the usual Kennedy mix of blank-stare austerity with spastic drum machines and sub-basslines that feel like caresses of warm air. First up, on Night Slugs’ white label series, is his refix of DJ Rampage’s refix of Hardrive’s classic ‘Deep Inside’ (that’s right, it’s a refix of a refix), where Kennedy ups the ante on the original’s distinctive shuffle until the whole thing is frenziedly vibing, marked by those echoed rimshots that define Kennedy’s beats. The vocal floats in and out, ruthlessly pulled apart like taffy in his usual inhuman manner (after a while it starts to sound like “even steven,” I swear), and when the breakdown hits – all gut-wrenching bass and sustained chords – it sounds exactly like the archetypal prime Pearson Sound cut, all of Kennedy’s best qualities compressed into a few minutes of sheer, unpretentious fun. While not as memorable as its A-side, ‘Working With’ is a Rod Lee refix that ambles along nicely, most notable for oppressive bass stabs that turn the second verse from ‘silly’ into ‘topsy-turvy nightmare.’

Perhaps even better – and admittedly altogether simpler – is ‘WoooGlut’, a Kennedy- helmed mashup of his own Ramadaman track ‘Glut’ with S-X’s inescapable ‘Wooo Riddim’. The Ramadanman original fills in all the little holes and air pockets left behind in S-X’s skeletal and bleepy MS-DOS command prompt of a grime track, and the result is strangely, breathlessly thrilling. It might be just a mashup, but sometimes the best kind of genius is the most effortless. Backing ‘WoooGlut’ is S-X’s new ‘Bricks’ instrumental, and it’s a bombastic grime number far removed from the tightly wound minimalism of “Wooo,” but it shows that the rising grime producer can do pomp just as well.