Andy Stott returns with Passed Me By 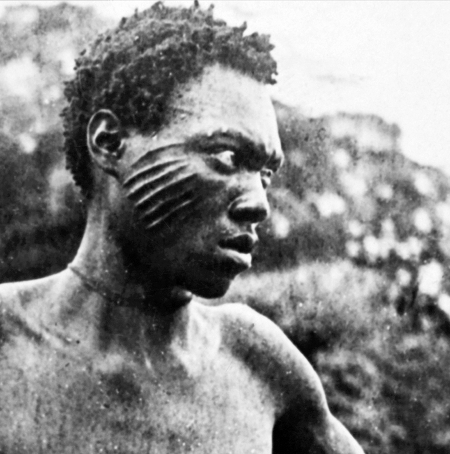 We’ve been awaiting a sizeable new offering from Andy Stott for what feels like an age.

Don’t get us wrong – Stott’s been no slouch in the production department since the release of his debut solo album, Merciless, in 2006, and recently he’s been unleashing a steady of stream of genre-collapsing fiendishly well-produced club material under his Andrea alias (and with Miles Whittaker as Millie & Andrea). But his last “proper” Stott offerings were the heart-stopping 2009 singles ‘Night Jewel’ and ‘Brief Encounter’, and we’ve been hungry for more.

Well, it looks like dinnertime is here. On May 16, Stott will drop Passed Me By, a vinyl double-pack on Modern Love (cover art above) containing seven tracks produced over the last 12 months. According to a press release, Stott has drawn on such influences as Jamal Moss, Arthur Russell, Kassem Mosse and “the alternate VHS realities of” James Ferraro for this new material, and it shows; however, if there’s one artist we particularly think of when listening to the squashed house variations on offer here, it’s Actress. ‘New Ground’, ‘Intermittent’ and ‘North To South’ sound like darker, more sleep-deprived cousins of Darren Cunningham’s Hazyville tracks, or like those Thriller cuts from a couple of years back fed through the hypnagogic grinder.

Don’t get us wrong: this mini-album sparkles with originality and a singular energy. Particularly striking is ‘Dark Details’, a groaning, droning work of apocalyptic steppers’ techno in line with recent End Of All Existence and Old Apparatus productions. The nightmarish, industrial-flavoured ambience deepens on ‘Execution’, and the closing title track teams brittle, echo-chambered drums with distant, wistful Detroit-derived synths. Trippy these tracks might be, but each one has a taut internal logic that betrays its maker’s musical wisdom and experience, and the cumulative effect of Passed Me By is quite overwhelming.

Yes, this album – mini-album, EP, doublepack, call it what you will – is an uncompromising and hugely absorbing work, by turns brutal and beautiful, from one of the UK’s most talented and criminally underrated producers. It’s really good to have him back.

Tracklist:
A1. Signature
A2. New Ground
B1. North To South
B2. Intermittent
C1. Dark Details
D1. Execution
D2. Passed Me By