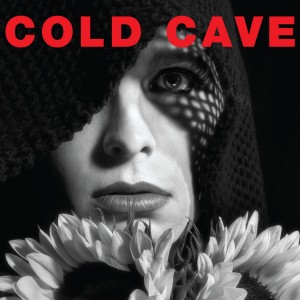 Cold Cave’s third album finds Wes Eisold at the peak, to date at least, of a steady trajectory into pop music. Rarely are things that straight, but in the case of Cold Cave, it seems they are. Prior to the project’s birth, Eisold made punk and hardcore in several bands, then, Cremations (the first CC album, 2009) was a solo war of static, ghosts and burnt out circuitry, melodies occasionally crying out from behind the cobwebs. Love Comes Close (released later in 2009, and recorded as either a three or a four-piece) was minimal, hook-driven synth-pop with a cheap, goths at the disco aesthetic, and the best thing they’ve done.

On Cherish the Light Years, that minimalism is all gone. Produced by Chris Coady (TV on the Radio, Yeah Yeah Yeahs), there’s barely any space left: synth-light fills every corner, each drum sounds perfectly tuned – even on ‘Icons of Summer’, that bit-crushing feels calculated. Eisold’s a fantastic songwriter, and that skill will shine through in any situation, but where Love Comes Close felt like a kid torn between his love for New Order and underground noise, managing to consolidate both into a confused, down-on-itself pop album, Cherish sounds more like The Killers than anything you’d expect Hospital Productions to stock.

When speaking to FACT recently, Eisold stated that he didn’t want to repeat himself with this album, and given the amount of work he’s put into cryptic, underground music over the last decade, it’s hard to fault him for its direction – it’s not like you can guarantee another chance to make your Big Studio Album with a Big Producer. The problem is, with all that light and studio compression comes a stripping away of the detuned coldness that made Cold Cave so appealing in the first place, and although I’m sure “cool” isn’t a quality that Eisold’s interested in, Cold Cave don’t seem it anymore. Cherish the Light Years is an understandable move then, and in some ways a brave one, but it’s definitely Cold Cave’s weakest record to date.