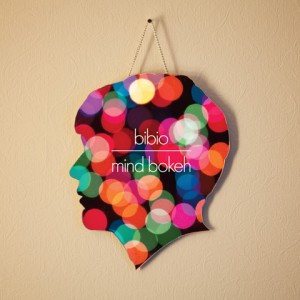 You can see why Bibio decided to bring the guitar to the fore and sing all over this album. His pastoral brand of post-Boards of Canada electronica, delicate and unassuming even at its crunchiest, is naturally unimposing and easy to neglect – the sort of artist where you’ll hear a friend playing his music, ask who it is, and think “yeah, I really should check that guy out.” Unfortunately, you rarely get around to it.

Mind Bokeh starts adequately enough, ‘Excuses’ capturing the foggy-eyed AM nostalgia that defined 2009’s Ambivalence Avenue album and adding more-than-acceptable vocals. The crushed bassline doesn’t sport much in the way of bite, but then that’s probably not why you’re listening to a Bibio record. He may have been taken in by the Brainfeeder fam a little in recent years, but as second track ‘Pretentious’ proves, his strengths lie in the highs of his music; the basslines never quite seem rough or natural enough, the 808s EQed to the point of no personality.

As this album goes on, though, it becomes more confused and diluted. It’s fine being torn between wanting to be Ariel Pink and Flying Lotus, but when that materialises as the beigest form of bedroom rock imaginable – such as on ‘Light Seep’, and the awful ‘Take Off Your Shirt’ – it’s time to take a step back. It’s a shame, as later tracks like ‘Saint Christopher’ are reminders that although Bibio’s no revolutionary, he’s able to make some wonderful music that incorporates both sampling and guitar-playing; in fact, it’s what he made his name on. We just never need to hear a song like ‘Take Off Your Shirt’ ever again.