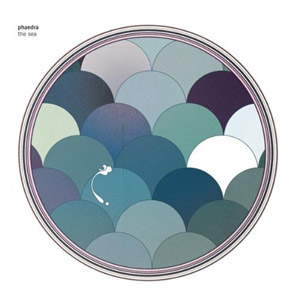 The Sea, the intriguing debut from Phaedra, has invited comparisons with Susanna and the Magical Orchestra, and it’s not hard to see why. As with S&MO, Phaedra is Norwegian, on Rune Grammafon, boasts stunningly pure vocals, plays music of a vespertine nature, and leads you to believe it is a full band, when in fact that is not the case. Where S&MO was a duo, though, Phaedra is entirely the work of one Ingvild Langgård, an Oslo National Academy of the Arts alumnus.

As one would expect of someone from such a rarefied background, The Sea boasts no small amount of technical excellence. This is most blatant in the vocals, clearly the focal point of the record; despite the arrangements being modestly sumptuous in their folky langour, they do take a back seat to the singing. Single ‘Honeydewed Autumn’ floats in on a minimalist melange of strings, for the most part just acoustic guitar, while Langgård’s vocal lines track a magnificent route around the notes. I dare say there’s a jazz background at work, as she makes good use of bluesy flats and sharps, lines giving you a pleasant surprise when they begin a tone higher than you might expect, neither falling into predictability, nor the trap of randomness.

‘The Darkest Hour’ starts out slightly reminiscent of Elizabeth Fraser (more Mezzanine’s ‘Black Milk’ than Cocteaus) in its vocal delivery, as the melody begins by descending in fluttering fashion, like a sycamore seed being buffeted in its journey to earth by the buoyancy of the breeze. Soon, though, it introduces one of those little details that can really elevate a song from merely very good to one of your favourites of the year. As one of the few definite choruses on the album gives way to the second verse, a backing choir (presumably consisting of myriad digital Ingvilds) performs what can only be described as vocal mass-inhalations and exhalations. On alternating lines, the sound either lifts you up or forces you down, in an explosion of wordless enthusiasm. The only comparison that springs readily to mind is when, in Björk’s ‘Hidden Place’, the female choir raises the arrangement into the clouds. It’s a fleeting detail, but a wonderful one. More consistent in mood is ‘Oserian’, apparently named for a place in Kenya’s Rift Valley, which spends its four minutes gently oozing backwards-masked electronic lushness.

To counteract what is a general ease of listening, Phaedra’s lyrical themes are rather darker than the pleasantly intricate music would suggest. Death seems to be a big thing, but some of the songs deal rather better with the theme than others. The album opens with ‘Death Will Come’, and it’s easy to see why: the juxtaposition of the lyric dealing with the unavoidable shuffling off the mortal coil we must all deal with, and the gentle – almost joyful – delivery of the news that “death will come to everyone”, is certainly attention grabbing. The melody is not far from the glorious output of Broadcast in style, and the track certainly lets the listener know what the album is about. However, that very combination of the severe and the jaunty seems to be all the song offers, and comes off as less honest – sounds like a weird criticism, but it’s a concept integral to the album with such purity of delivery throughout – than the seven songs that follow. It’s not a bad song by any means, but gives the impression of a title sequence for the album, which was perhaps the intention.

More successful is ‘The First to Die’, with its syncopated arpeggii and more serious, narrative, lyrical tone delivered more gently by Langgård. The balance remains between light and dark, but here the dynamic is not so heavy-handed. Rather than grand proclamations, there is a journey through the night (of the soul?): ‘we doubt the existence of tomorrow… the rest of this filthy old town is asleep and will know nothing if the world decides to go down’. Throughout, though, the singing is exquisite; though the themes here are dark, there isn’t the feeling the artist is out to darken your mood, as you might get from someone like Susanna Wallumrød. The Sea is sumptuous, and only as upsetting as you are willing to plumb its depths. A fantastic little record in it’s own right, this debut is apparently the first in a trilogy. I’m intrigued to see where Phaedra leads us, whether it involves sunnier retorts or darker days. Or Tangerine Dream tributes.