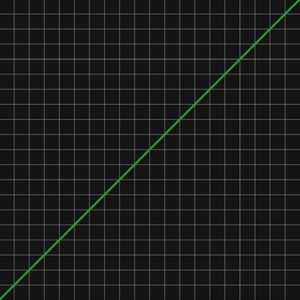 Available on: Not Even EP

Following James Blake’s success, I suppose it’s inevitable that there’s gonna be a ton of xx fans relearning the piano they abandoned when they hit 16 and crowbarring it into a one-man band of piano, bass and chopped vocals.

Approaching Waves of OK, a five-track EP by London’s Psychologist, and apparently the start of a series of releases on Moshi Moshi sub-label Not Even, you wonder if this is the start (the fact that the majority of press so far seems to compare him to Blake doesn’t hurt). The story goes that this is a new direction for Psychologist, who’d previously given out dubstep tracks for free online, and lo and behold, the EP’s first track is a sequence of answering machine messages (the most audible one regarding UK garage), coloured by sustained vocal notes, pads and crackles.

It sounds pretty nice, but here’s nothing lamer than context over content, and without some tunes to back it up all that crackle is just, well, static. Luckily, ‘Comes in Waves’, Waves of OK’s second track is as strong a traditional singer/songwriter track as you’re likely to find anywhere this year – sure, there’s the occasional sample, a touch of crackle and one notably heavy bass hit, but at its heart, it is a catchy song played on the piano, and it’s very effecting. It’s raw and in some contexts might be jarring, but in a world full of artists hiding behind layers, filters and vocal manipulation, there’s an argument that we need tracks like this more than ever.

‘Look After’ and ‘Song to the Sirens’ find Psychologist tucking his voice back into a mattress of backing vocals and effects, but after ‘Comes in Waves’, you feel like he’s earned it. A little bravery goes a long way, and as sharp as the rest of this EP is, it’s ‘Comes in Waves’ that really marks him out as something potentially quite special.