Leyland Kirby – the artist also known as The Caretaker, The Stranger and V/vm  – is launching a new series of vinyl releases.

The series goes under the name Intrigue & Stuff (words the late Martin Hannett once used to describe Tony Wilson’s Factory operation), and will be delivered in four (hand-stamped white label) 12″ parts. The first, Intrigue & Stuff Vol.1, is out today, and features six new tracks with a total running time of 30 minutes.

Following 2009’s deeply introspective and melancholic, some would say misanthropic, Sadly, The Future Is No Longer What It Was, the first installment of Intrigue & Stuff finds Germany-based Brit Kirby going for a more widescreen sound. Tellingly, key track ‘Live For The Future, Long For The Past’ was used to soundtrack recent BBC4 documentary series Everything And Nothing, in which Professor Jim Al-Khalili sought to “explore the true size and shape of the universe and delve into the amazing science behind apparent nothingness.”

Intrigue & Stuff Vol.1 was mastered at Dubplates + Mastering in Berlin, and the first few copies of the hand-stamped, white-label 12″s are pressed on clear vinyl. More info and sound clips here.

Kirby also confirms that he has composed a score under his Caretaker guise for the Grant Gee essay film Patience. The soundtrack will be released as an album later this year. 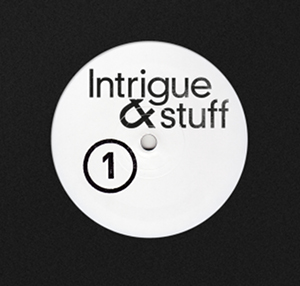