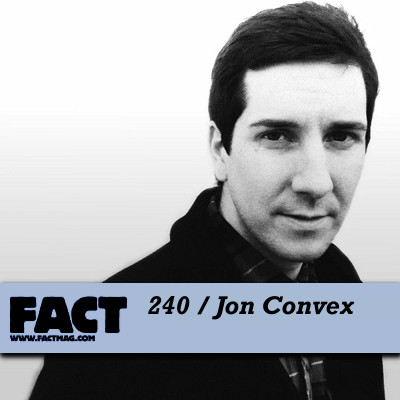 Do Instra:mental understand the concept of “taking it easy”?

Having just released their debut album, Resolution653, the duo of Damon Kirkham and Alex Green just can’t stop working. The hectic DJ schedule has been a constant for years, but it’s more hectic now than ever before, while their Nonplus+ label has never seen so much action from  – with recent and upcoming drops from Lol, Actress, Skream, Lowtec and Martyn.

On top of all that, there are the solo projects: Green has for much of 2011, and to much acclaim, been ripping up clubs with his rugged, electro-flavoured productions as Boddika (12″s on Swamp8, [NakedLunch] and Nonplus). Kirkham, meanwhile is now ready to unleash his own alter ego: Jon Convex.

The Jon Convex project is an outlet for Kirkham’s more experimental tendencies, though its muse is still very much the dancefloor, as even a cursory listen to this Monday’s FACT mix will tell you. The name is a nod to Barry Convex, the nefarious optics mogul in Cronenberg’s Videodrome, an apt reference for music as dystopian, futuristic and often sinister as this.

“The first couple of Convex tracks were made between [Instra:mental’s studio] The Zoo and my home studio,” explains Kirkham over e-mail. “It had a certain sound about it that was familiar with Instra:mental and Boddika as I was using the same synths, outboard dynamics and general approach to making music. Since then I have invested in some really nice outboard hardware for my home studio, outboard dynamics, effects and synths that will shape the forthcoming Convex sound.”

“As always with Instra, the Convex stuff won’t simply fit into a category, it will be varied and will change with the mood, but my main aim is to create music that can work at home as it can in a club environment… I’m gonna label it as EPM (Electronic Party Music) because thats exactly what it is. In terms of a Convex set…expect a mix of old and new, spanning all electronic genres that fit into the BPM range I’m playing at.”

That’s exactly what you get on FACT mix 240, a bracing 45-minute explication of the Convex aesthetic, and a curtain-raiser for his upcoming debut 12″ release. There’s no tracklist for the mix, but anyone who’s been following the UK underground of late will probably recognise a fair few numbers. It’s rooted in the kind of tough, electro-powered house and techno sound that fans of Boddika and recent Instra:mental will instantly connect with, a sound which despite its all-important steppers’ bounce is, at bottom, fundamentally about linear attack – it’s dissolute, hypnotic rave music for the dankest, darkest warehouses, squat parties and club spots. We’ve really been lapping it up.

Once you’ve done the same, keep your eyes and ears peeled for Jon Convex productions hitting the racks, including that debut 12”, coming soon on Martyn‘s 3024 label.

“The first bits I actually finished and was happy with, I signed to 3024. I’ve been talking to Martyn for years and it’s nice to have a release on his label, I did vocals for ‘Natural Selection’ and always wanted to work with him again.

“I’m going to keep the material quite exclusive, but there is a [NakedLunch] release in the pipeline and also a Nonplus+ release I’m working on. Once these releases are finished I’ll probably start working on an LP slowly over this year…”

All that to look forward to. For now, download FACT mix 240 and let yourself go. It really is a belter.