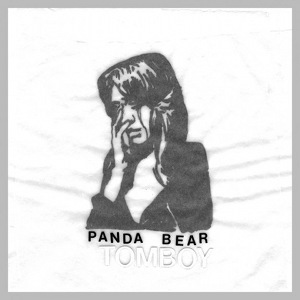 Panda Bear’s career, both as a solo artist and a member of Animal Collective, has always been something of a balancing act – one that involves combining a penchant for obtuse, electronic experimentation with an obvious love of lush, ’60s-tinged pop. It’s a difficult trick that, in both guises, when executed well, has produced some genuinely brilliant work, but has resulted in a fair few misfires over the years too. Arguably, it wasn’t until Noah Lennox released the last Panda Bear LP – 2007’s pivotal and rightfully acclaimed Person Pitch – that he, or anyone in the collective, got the balance absolutely bang-on.

Fortunately, for his fourth solo album Lennox has kept this balance of influences much the same, although this time around the manner in which he approaches them has changed dramatically. While Person Pitch felt like Panda Bear building an album out of samples ripped from his varied record collection, Tomboy is the sound of him recreating those songs himself. The tracks still roll along on a base of percussive samples but here he layers far more original instrumentation over the top. Tomboy positions Lennox as more of a singer-songwriter than an electronic musician, with the samples and synthesized elements taking a backseat to the vocal parts and chord progressions.

There is a lot going on throughout Tomboy – the songs are noticeably shorter than the drawn-out jams of Person Pitch, but they’re far denser too. It seems that rather than just trimming down each track’s length, Lennox has packed the exact same amount of ideas into a much smaller space. His now-trademark reverb-drenched vocal style is often pushed to extremes – adding so many layers that it takes repeated listens to properly pick out each separate melody from the washed-out harmonic wall. And for the most part, it’s an approach that works well. Even when Lennox is piling idea on top of idea Tomboy rarely feels messy; instead each song is rich and complex, rewarding repeat listens. While the album’s single-heavy first half is more instantly memorable – opener ‘You Can Count On Me’ and the excellent title track are immediate standouts – it’s the tail end of the record that proves to hold its most lastingly impressive moments. The rhythmic shimmering of ‘Friendship Bracelet’ and the warped dance vibe of ‘Afterburner’ find Lennox perfectly matching his experimental impulses with his pop savvy, while album-closer ‘Benfica’ sees him at his most emotive.

There’s just one downside: while Tomboy is a near-flawlessly executed record, by opting to move in the direction of shorter, instrument-driven songs it sometimes feels like we’ve missed out on some of the potential that Person Pitch hinted at. The long, occasionally minimal percussive tracks of that previous album, his recent collaboration with Pantha Du Prince and the Actress remix on the b-side of his recent single all seemed to reference a side of Lennox’s influence that appears to be absent on Tomboy, which is a shame (although ‘Afterburner’ touches on this ground to an extent). ‘Surfer’s Hymn’, for example, is an excellently crafted song but it is, in the end, a fairly woozy song about the beach, and there’s no shortage of artists out that kind of stuff (even if the majority of them were inspired by Lennox in the first place). In essence, what Panda Bear has chosen to do with Tomboy is to return to outdo his peers and followers within the genre he’s already mastered, rather than take a leap forward into the unknown. And while there should be no mistaking the fact that Tomboy is often brilliant, and certainly one of the better albums to be released so far this year, for this reason it’s not quite the follow-up to Person Pitch we hoped for.