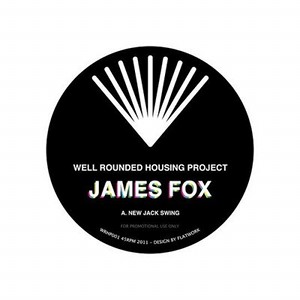 This business of UK/US bass refixes is almost becoming a subgenre itself, in part thanks to Brighton-based Well Rounded’s Cash Antics, where Deadboy’s ‘Unofficial Girl’ brought the cult of Cassie overground and made R’n’B refixes the order of the day for a burgeoning wave of producers.

This release sees Well Rounded launch its new Housing Project sub-label, according to the press material “to concentrate on more recognisably house productions” in tune with shifting trends in the UK. First up is Leon’s not-so-illicit remix of Brighton group Mean Poppa Lean’s ‘Personality’, where the serviceable funk tune is sent hurtling down a slippery ice slide. Whistling synths lazily trace a circular, never-ending melody behind the track’s percolating mix of jumpy kicks and subtle chords, with shattering offbeat snares putting Leon’s allegiances a little closer to dubstep than you might have expected.

Aren’t illegal things always more exciting? Thus we get to the other side, James Fox’s stunning ‘New Jack Swing’, which has been floating around as one of UK house’s most insidious dubplates since last summer. Fox’s encapsulation of, er… I probably shouldn’t say, but you’ll no doubt recognize the original tune… is impossibly lush, hitching a ride on a oh-so-slightly swung kick pattern smothered in soundproofed packing material so it bangs politely like something off Diynamic, at least before the swollen synths start to loom in the background. The chanting vocals play a pitch-perfect partner to the boiling groove until it spills over in a frothy mixture of haywire synth and pleading vocals sped up to pleasantly alien timbres. By the time it reaches the final two minutes, ‘New Jack Swing’ is the restrained, mature cousin to xxxy’s ‘You Always Start It’, all the ecstatic, sparking energy channeled into fluid cruise control of the highest order. While Well Rounded’s new project might seem understandably UK-centric, it seems like there’s more Continental influences than usual afoot here; a welcome addition to a world where you can now find at least five dashed-off bootlegs of every prominent R&B tune ever.