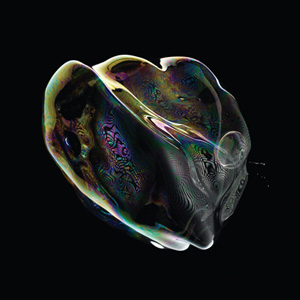 At 28 years young Dutch producer Tom Trago has already made a considerable impact on electronic music, spending the last five years fearlessly exploring various genres with an expansive creative approach indebted to rough-edged hip-hop, soul and house. That’s not to say that Trago spreads himself thin though: his releases, including new album Iris, tend to settle on one style and studiously work through that given mode’s possibilities and nuances. It’s an approach that brought a tremendous consistency to early EPs like 2006’s ‘Live with the BBQ’, with glitchy beats and soul samples that recall Flying Lotus, Take and others, while in 2009 Trago applied this approach to disco-fied house tracks on ‘Voyage Direct’, which echoes Theo Parish, Moodymann or Alton Miller’s nocturnal, loop-centered work.

Despite the similarities to these American artists, Trago’s music stands confidently on it’s own. Iris is like an optical shutter opening to a vision of soul music that draws equally from R’n’B traditions and dance production techniques. A perfect example is the nostalgic ‘Being With You’, which transforms Smokey Robinson’s ‘80s ballad into a swinging mid-tempo boogie track brushed with elegant strings and synths. Funk is ever-present at Iris‘s heart, but there’s room for smoother, house-y tracks like ‘Scent of Heaven’ glow with shimmering Arp synths and syncopated disco drums.

Iris is roughly half instrumentals and half vocal numbers – the latter representing a new and potent tool in Trago’s repertoire. SA-RA’s Om’mas Keith sings emotively but restrained on ‘So Cold’, which cleverly meshes a Scritti Politti-type new wave soul aesthetic with a modern electro bounce. Romanthony, meanwhile, blesses uplifting dance track ‘Steppin’ Out, which has the feel of a summer anthem, while Olivier Daysoul adds smooth vocals to the Prince-esque purple funk of ‘Suckers for Fools’.

Instrumentals ‘Joys of Choice’, ‘Rootstopia’ and ‘Space Balloon’ round the album out, though even at less than an hour in length, the project could have been a few songs shorter – the one criticism you could make of Iris is that when its individual tracks are rich as cheesecake, one small bite is usually enough.