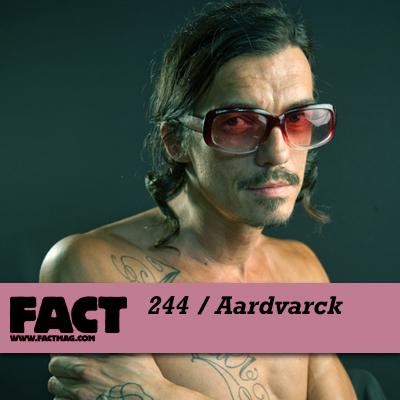 “Free will be. You like Harco Pront unreleased tunes?”

So said the Aardvarck to the FACT, when we told the celebrated Dutch producer, with over 10 years of release on labels like Delsin, Rush Hour, Eat Concrete, his own Bloom and more, that he could approach a mix for us whichever way he wanted.

We always give people 100% freedom on the content of their mixes (within reason, obviously), but with someone who makes music as idiosyncratic, unrestrained and occasionally extreme as Aardvarck, it would be particularly pointless to try and guide their hand. The result is one of the most diverse mixes we’ve ever had, with some tracks only lasting a couple of seconds before being moved on.