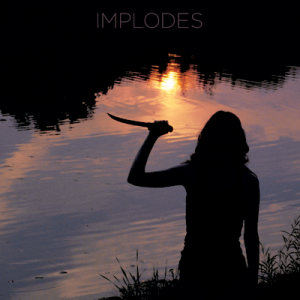 Black Earth is an imagined place. The description given by the band suggests an arrival at an unintended destination; if HG Wells’ Time Traveller had encountered somewhere overrun with evil symbolism and agit expression. According to the band, “there’s an old barn there with many rooms and a silo that’s filled with dead insects. Outside there’s a big wood pile filled with spider webs that probably has black widows living in it. There are mysterious plants growing everywhere. At night, when the air is crisp and clean, you can lie on your back by the fire and look up at the stars and listen to the animals and insects making their music.” How are we meant to even start decoding this or drawing comparison in the music? If anything this setting seems more of a ruse than a tourist guide. Regardless, Black Earth is a masterclass in dystopie mélodie.

There are two worlds to be heard on Black Earth: there’s the hardened crusts of industrial metal lurking in the hinterland, countered by melodic pop strumming and rock drumming which provide a rhythmic gloss. Initial ditty ‘Open The Door’ places the record in the thick of this duel-identity mindset with following track Marker mixing the two ideas in a sonic blender. The record delves deeper into this union as the distinct patterns sink under the weight of the booming guitars and sliding distortion, when the pop-ier elements drown in the ebb and flow of electronic manipulation. The major chords retain a tone of optimism slowly pulling the overbearing distortion into increasingly ethereal zones. It’s a play off between pop and blanket black metal fashioned reverb – exploding on ‘Screech Owl’ before disappearing into the ether with an acoustic guitar outro. These two polar markers, of the folk drenched pleasantries commanded by intoxicating reverb come together to devastating effect on ‘Meadowslands’.

This partisan approach leads itself to a pendulum narrative in the music, whereby the power of either element, melody and noise, overpower their counterpart at various instants. Much like Boris and Arkady Strugatsky’s dystopian novel Roadside Picnic (better known as Andrei Tarkovsky’s Stalker) it is as if we breach a point in reality, entering a heady “zone”. It’s the cold, isolating approach to the containers (represented in the sea of distortion, the black metal moments) offset by the seductive offer of inner delight (of the wholesome reoccurring melodies). Naturally this constant pining for pleasantries is a fool’s mission (a familiar thread in many works of this genre) as the protagonists slowly understand that these ‘Soma’ qualities are little more than insubstantial forays. In Black Earth we experience this contrast: with the record progressing so does the desire to sink into the more brutal mist of extended distortion and discard the soft pleasantries made out to resemble the hyperreal sounds of modern troubadours – by this point the strumming highlights the fallibility of “authentic” pop sounds.

‘Meadowslands’ brings soft elocution caked in reverb and recorded with cavernous effects; accompanying the mad jams the sweet vocals elevate the track into a lullaby of dissonance. The scale of this particular track is devastating. It can boast rocking rhythms, pop vocals, electronic decorations and gargantuan guitar action to sound it out – it’s no wonder the track has been placed at the heart of this record. But as this flash of brilliance occurs and the track expands into an executioner’s solo, it ends. As with the narrator in Roadside Picnic we see further comparison, “he had never experienced anything like this before outside the Zone. And it happened in the Zone only two or three times. It was as though he were in a different world. A million odours cascaded in on him at once — sharp, sweet, metallic, gentle, dangerous ones, as crude as cobblestones, as delicate and complex as watch mechanisms, as huge as a house and as tiny as a dust particle…It hadn’t been a different world—it was this world turning a new, unknown side to him. This side was revealed to him for a second and then disappeared, before he had time to figure it out.”

Despite reverb featuring heavily in the ephemeral genre formally known as ‘Hypnagogic Pop’, it would be wrong to associate Implodes with Emeralds or to amuse Hypnogogic aspirations within the group even if track, Wendy, bares comparison with Mark McGuire’s arching loops of reverb heavy guitar. As opposed to developing any arcane aesthetic, elements of reflection and melancholia, which occur on the b-side, far from being nostalgic, look forward, contemplating a finite reality – ‘the sound of the world coming to the end of its rotation under a dimming sun’. As closing track ‘Hands On The Rail’ winds on, it never elevates nor declines; the sustained sadness is near unbearable.

The uplifting heavily textured attack found earlier on the record has been left behind. It’s testament to how adrenaline fuelled exploration, no matter how frightful the destination, will always be greater than the numb comedown of the return trip.