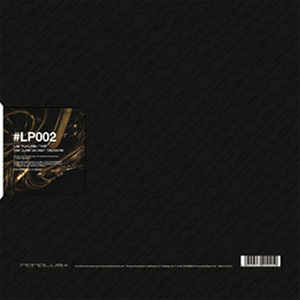 The debut album from the unfortunately-christened trio LOL is allegedly supposed to be “music that sounds like it did before the advent of the internet.” Pretentious and arrogant implications aside, that seems more like a personal vendetta than anything, given that member Mistabishi was outed and widely discredited for “fake” DJing on the Dogs On Acid message board. The thing is, the music on LOL’s debut album Me Me seems undeniably, essentially of the internet age – never mind picking an internet acronym as your band’s name. Me Me is something like dubstep anchored with growling electric guitars and retro synth touches, eagerly and hungrily mainlining the same vein of dramatic ’80s pop tapped dry by people like M83. While it’s undeniably a unique – and impressive, given how successful it is for the most part – combination, it doesn’t sound like anything that could have been made in any time but the current.

NonPlus+ is an odd fit for what feels like a rock opera, an album of pop songs in dubstep time sung by people without much ostensible experience in such poppy waters. Granted, the label has never really stuck to any kind of formula, and who else would have the guts to release this? As with any obvious experiment, Me Me has many awkward stumbles for all the times it takes one step too far out of its comfort zone, but it has just as many surprising and fulfilling successes.

Vocal duty (and nearly every song is a full vocal) is split about 60/40 between female and male, respectively, and while LOL’s vocalists don’t have much personality, they’re at the least serviceable. Sometimes (‘Squeeze Me’) the creepy detachedness even adds to the depraved psychoanalysis. But as amateur singers, they often fail to deliver on anything believable: the hopelessly hammy “rapping” in ‘Trophy Wife’ is instantly unbearable, and the failed gender dynamics on ‘Pinch Me’ sound less like two lovers seducing each other and more like two rather unskilled musical theatre students practicing lines. Part of that plays into the album’s most intriguing dimension: it’s somewhat of an exploration of desire, identity, and selfhood, refracted through the neurotic and pulsating lens of sexuality. The album has some genuinely good lyrics, or at the least interesting (“I’m a self-made girl/With a manmade self”), and the occasional attempt at deconstruction and destruction gives the project a purpose and cause above simply “bored, stoned d’n’b producers make weird dubstep”.

After the somewhat awkward opening of ‘Trophy Wife’ and ‘Quarter Life Crisis’, two songs that attempt to boil over but barely even rise above a simmer (though the buzzsaw guitars in the latter come close), the album descends into its fantastically egocentric ‘Me’ suite. The five songs that take up the album’s midsection exhibit a labyrinth of alternately clashing and mating influences, using the dynamics of dubstep and dance music to enhance and embolden their little soap opera. The halfstep lurch of ‘Squeeze Me’ alights with distorted fire as its narrative becomes more frenzied and desperate, ‘Pinch Me’ features a wonderfully wonky LFO bassline to reflect the push-pull between its speakers, and the submerged disco of ‘Face Me’ is the perfect backdrop for its blissful sex/drug haze. The startling Mistabishi-helmed ‘Degrade Me’ romanticizes sexual violence and humiliation in a way that rings both self-parodically hyperbolic and uncomfortably deprecatory (“I know I’m cheap but I think I care for you/ If I break it, make me pay for it”), contrasting the pathetic chorus with outbursts of faux-orchestral bombast.

Spent from its sexual saga, Me Me descends into eerier territory with ‘VHS’, Four Tet floating down the river Styx. The album closes self-indulgently in the 11-minute ‘Hello Hell’, turning the midrange-obsessed wobble of frat dubstep into something that actually sounds angry and even dangerous. What becomes clear is that despite the occasional slip-up or stubbed toe, LOL have spent time on this music — maybe that’s where all that pre-internet talk comes from. An impeccably detailed album, whether it be the little guitar runs on ‘Degrade Me’ or the pitch-shifting bassline in ‘Pinch Me’, Me Me feels like its own little world, and its considerable set of lyrics are more often thought-provoking than they are cringeworthy or perfunctory. No one else really sounds like this: this is a rich, focused album, not merely dubstep with vocals or dubstep/ rock crossover (thank God). Their grandiose palette is quintessentially seventies in its excess, which goes all the better with its heady near-concept. LOL’s fusion is an organic one, fluid and natural rather than forced, welding dancefloor dynamics to heaving, emotional pop music. It might be completely out of left field, but it’s definitely worth a listen or two, or more accurately twenty once its songs worm their way into your consciousness.