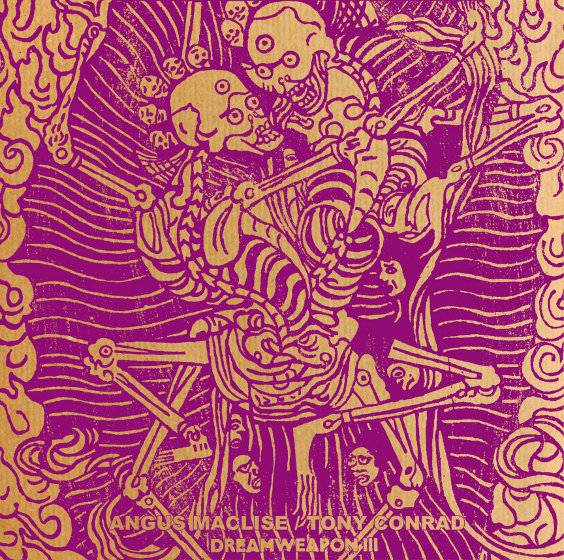 Maclise was a member of La Monte Young’s boundary-pushing drone collective, the Theater of Eternal Music, with John Cale, Tony Conrad and others. He went on to play drums in the original line-up of The Velvet Underground, but quit early on as he had no interest in performing live with them, and was replaced by Mo Tucker. He proceeded to travel the globe, including a prolonged stay in Nepal where he became heavily involved in Tibetan mysticism, which in turn informed his ongoing experiments in drone. His spiritual interests extended to more occult realms too, and at the time of his death – of hypoglycemia, in Kathmandu, 1979 – he was working on a script for a film adaptation of Aleister Crowley’s Diary Of A Drug Fiend.

Virtually no Maclise recordings were officially available until Siltbreeze issued two volumes of material at the turn of the century, The Invasion of Thunderbold Pagoda (1999) and Brain Damage In Oklahoma City (2000). Since then, several releases of archival material have appeared, most notably Table of the Elements’ two-volume Inside The Dream Syndicate, which documented live recordings made by Maclise with La Monte Young and Tony Conrad. Yet given how prolific he was in the 60s and 70s, not to mention the extent his influence on his contemporaries and also successive generations of musicians, Maclise is still severely under-represented on disc.

You can see why, then, Boo-Hooray’s two new records – each limited to 500 copies – are to be applauded. The first, Dreamweapon I, features live recordings of Maclise, Conrad and Jack Smith; the second, Dreamweapon III, collects several Maclise-Conrad collaborations.

They’re both being released to coincide with a new exhibition at New York’s Boo-Hooray gallery, Dreamweapon: The Art an Life of Angus Maclise, which opens tomorrow night and runs til May 29. More information here.

Also available at Boo Hooray: an exhibition catalogue (limited to 1000 copies) and a deluxe box set (100 copies) including numbered photo print, numbered silk-screen and a CD of previously unheard “music, poetry and more”.

Meanwhile, Maclise’s sparring partner Tony Conrad is in the UK for two live dates this week: on Thursday 12 May he headlines at Corsica Studios in London, with support from Lichens and John Chantler, and on Saturday 13 May he appears at Butlins in Minehead for the Animal Collective-curated ATP.000