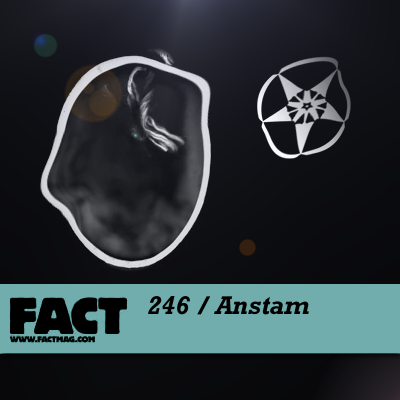 We don’t know a lot about Anstam. No one does. That’s part of the appeal.

Here’s what we do know, or at least think we know: Anstam is a duo (one member of which might be German artist Lars Stoewe). They’re responsible for a now legendary trilogy of 12″ releases in 2007-9 – ‘Brom’, ‘Aeto’ and ‘Cree’ – that assimilated the hardest, most dystopian flavours of dubstep, grime and junglism into a disciplined, techno-savvy framework that betrays their Berlin provenance. And then….two long years passed without incident.

We really thought we’d heard the last of these elusive producers, and then, out of nowhere, they re-emerged last month with a devastating new track, Albert’ – featured on a split 10″ with Phon.o for Modeselektor’s Fifty Weapons imprint. This release heralds a period of renewed activity for Anstam: they’re remaining tight-lipped about their next recorded offering, but we understand there’s something in the works, and they’ll be making a rare in-the-flesh apperance at the MUTEK festival in Montreal next month, playing as part of Modeselektor’s Modeselektion showcase on June 2 alongside FaltyDL, Jacques Greene and Siriusmo. Dates are set to follow in the States, Germany and Greece – more information here. Oh, and we’ve prised a brilliant FACT mix out of ’em.

Speaking over e-mail, Anstam said: “This mix mostly contains artists from the last 15 years who worked – in terms of aesthetics, singularity and density – with a similar kind of blueprint which is also still one fundamental part in the basic Anstamidea.”

Indeed, FACT mix 246 maps out the Anstam genome patiently and comprehensively: from the dub-wise ambience of Rhythm & Sound and Arvo Pärt’s “holy minimalism”, to the seething, snaking drum ‘n bass of Adam F, Source Direct, Paradox and Limewax, and the grave, dread-infused dubstep of Mala, Distance, Shackleton et al, via the isolationist braindance of AFX, Squarepusher and Experimental Audio Research. What’s the common thread linking this music? Well, in the main it’s moody-as-fuck music for soundsystem heads; cerebral and investigative but invariably packing a ruff punch.

The mix concludes with two Anstam productions – the recent ‘Albert’ and 2007’s ‘Brom’ – which neatly surmise and embody that heavy (in every sense of the word) aesthetic. The latter is a certified classic in our twisted universe, its scuffed, jabbing breakbeats and disorienting structure suggesting Autechre if they’d come of age in Bow, circa 2001. This year’s 50 Weapons cut ‘Albert’, meanwhile, interprets twitchy UKF-inflected dubstep style in an Anstam style; imagine the Hessle Audio crew gone wholly darkside, their customary woody, swinging, precision-engineered percussion weighed down by industrial, downshifting drones.

It goes without saying that we’re tremendously excited to be able to share this exclusive mix from Anstam with you, and we can’t urge you enough to download it post haste – electronic music doesn’t get much more vital or visceral. And hell, it’s worth it just to hear the breakdown on ‘Metropolis’ again.