London promoters Black Atlantic will bring Moodymann to London this month for a secret location warehouse party on May 28.

Moodymann, a.k.a Kenny Dixon Jr is one of house music’s most revered figures, with a modern soul sound that takes in jazz, hip-hop, funk and more, and a healthy fuck you attitude – demonstrated through his infamous DJ sets, live shows and promo videos, and his own records, which are often heavily limited and thus, hard to find. He doesn’t play London often, either.

Tickets are £10/£12 advance, with the venue to be announced nearer the time. The night will run from 10pm-6am. More information and tickets at Black Atlantic’s website. 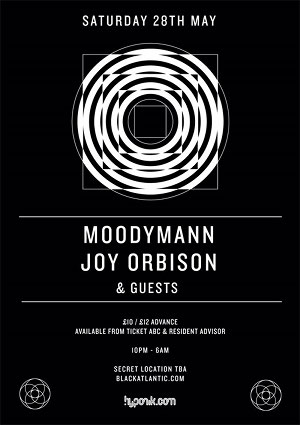