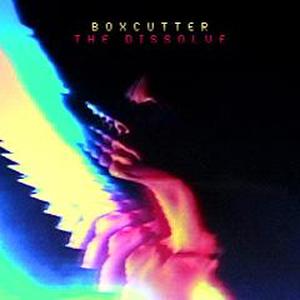 Boxcutter’s last album Arecibo Message showed the Northern Irish producer move away from the punishing dubstep structures of his first two records and let the influences that used to eat away at the edges of his half-step fully fly, but the album’s resulting unfocused sprawl felt counter-intuitive. His fourth, The Dissolve, begins with hesitant shuffling before bursting out into streaks of neon-dyed funk in ‘Panama’,  and its exaggerated enthusiasm lingers over the Irish producer’s fourth and friendliest album to date. While this kind of funk/hip-hop-informed beat music can sometimes feel scatterbrained or surface-level, Barry Lynn’s expert musicianship carries the music on Dissolve with a laser-point focus that Message lacked. On ‘Panama’, Lynn chops up and dusts off vintage drum breaks piece by piece, a jazzy cut-and-paste virtuosity not seen since the days of Photek’s Modus Operandi as he mechanically re-assembles his own one man soul band out of carefully collected samples.

The reassured, quiet confidence is The Dissolve’s greatest feature, an album that’s rarely flashy but almost always blinding in the execution of its sleekly dated vision of UK bass music. While Lynn’s patchwork quilt of funk and soul references is largely unclassifiable, it’s quite conveniently contemporary, dipping into concomitant trends while inhabiting its own carefully defined identity. The steamy ‘Zabriskie Disco’ and ‘Moon Pupils’ reference the balmy broken beat of labelmate Oriol’s Night and Day, drizzled with humid summer rain and even occasional hints towards, er, chillwave. The Dissolve’s midsection centers around these fashionably faded nostalgic tropes, the one section of the album where Lynn sounds somewhat derivative. The hazy warp of worn VHS flickers in the warbly jazz-fusion guitars of ‘Passerby’ and ‘TV Troubles’, and though it’s done exceedingly well, Lynn finds himself in a category too crowded to properly stand out among the mire of glazed-over gazes.

Fortunately Boxcutter’s sights are fixed on the future even as he stares dreamily into the seventies, and impressive first single ‘Allele’ nicely straightens out the frenzied toms and bass stabs of juke with fragments of vintage breaks, a mongrel strain of stumbling ‘ardkore circa 2020 that encapsulates the album’s propensity towards porous hybridization. ‘Allele’ is one of the surprisingly few gestures towards Boxcutter’s dubstep-aligned past, and a comforting reminder of the Irish producer’s uniquely London-inspired heritage on an album that otherwise happily splits itself into multiple personalities. Vocalist Brian Greene also reprises his role from Arecibo, guesting on three tracks that bring Lynn’s new direction to its furthest logical end, with closer ‘Ufonik’ sounding like it could have been taken off some swampy funk album if it weren’t for the complex synth textures that swirl and unfold around Greene’s vocals.

Despite its refracted focus, The Dissolve is capably held together by its author’s formidably tight grasp of the source material he cribs from. Where on his recent album Fever 2562 turned the exuberance of prime disco inside-out into hulking dubstep behemoths, here Boxcutter does the same trick for “post-dubstep,” imbuing it with all the spirit and warmth of Funkadelic and Herbie Hancock but a restless rhythmic fidget that feels oh-so-2011. In continuing down a road few people probably would have predicted after making his name on orthodox dubstep, Boxcutter has made his best album yet, navigating locales familiar and unfamiliar with his own idiosyncratic sense of direction.