Lou Reed will play a number of European live dates this summer.

The tour is in support of the July 19 release of his Lou Reed live at Lollapalooza 2009 DVD; confirmed dates are listed below.

In other Reed news, the former Velvet Underground ringleader has collaborated with illustrator Lorenzo Mattotti on a 188pp, 9″x9″ book, The Raven, based on Reed’s adaptation of Edgar Allen Poe’s work of the same name.We’ll let the book’s publisher, Fantagraphics, explain the context of the project:

In 2001 legendary rock and roller Lou Reed immersed himself in the world of one of his spiritual forefathers, Edgar Allan Poe, to produce one of his most challenging and original works: POEtry, a cycle of songs directed by the legendary theater director Robert Wilson, in which Reed’s poetically streetwise sensibility merged with Poe’s dark chronicles of terror and despair — combining Poe’s prose and work set to music, Reed songs inspired by Poe, and even two classic Reed tunes whose insertion into this context gave them a new resonance.

This suite of songs was released on 2003 on CD as The Raven (Reed’s most recent solo studio album to date).

You can pre-order the book here. That’s its front cover pictured below. 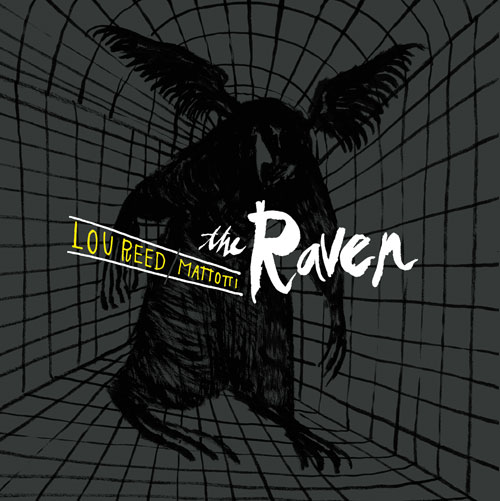