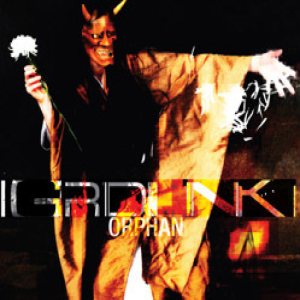 When you see the term ‘grindcore’, you tend to think of Napalm Death. And why not? They are the super-veterans, releasing the classic From Enslavement to Obliteration in 1987, becoming more thrash through the 1990s, and getting faster and heavier as they got older. But they’re not the best grind band. For one, Brutal Truth redefined the genre in 1997 with their epic Sounds of the Animal Kingdom, based around Desmond Morris’ anthropological work, covering Sun Ra and generally bringing the technical chaos to a whole new level. They had politics and a punk/hardcore base in common, but there would soon be a new giant in grindcore.

Underpinned by the monstrous drumming of Dave Witte (Municipal Waste, Ripping Corpse, Phantomsmasher, Human Remains), Discordance Axis’ science fiction meltdown tore out of New Jersey like the baby alien out of that bloke’s stomach at the dinner table in Ridley Scott’s 1979 classic. No bass; they were a trio of drum, Robert Marton’s wildly inventive guitar and Jon Chang’s howled vocals of alienation and futurist literature. So lean and devoid of timewasting were they that their magnum opus, The Inalienable Dreamless was under 24 minutes in length. It was apparently in part inspired by the anime Neon Genesis Evangelion, but the listener would do well to figure out the words just from listening. All that was evident was the quality and intensity of the work.

But that last Discordance Axis album was in the barmy summer of 2000. And, while grindcore bands have come and gone since, and Witte played in approximately a million others, little was heard of the other two. While Marton pretty much retired from recorded music, Chang eventually returned in 2009 with two releases. The first, an EP released under the pseudonym Hayaino Daisuki, was a set of super-speed thrash fetish brilliance that acted as a precursor to the ‘proper’ new band, GridLink. For both Hayaino Daisuki and GridLink, Chang worked with guitarist Takafumi Matsubara, from cult Japanese grindcore merchants Mortalized. The two projects were like the sides of the same coin: while one was humorous (Hayaino Daisuki, as well as revelling in relatively retro thrash sounds, had women replace them in the photo shoots and geeked out quite readily about bullet hell shoot ‘em ups), the other is deadly serious: GridLink is all about sounding incredibly modern and brutal.

The first GridLink album, Amber Gray, made The Inalienable Dreamless look like The Wall, coming in at 12 minutes of playing time. As with DA, you’d have a job figuring out what Chang was on about (a good reason to buy the CD, as well as the fantastic artwork), but with the different backing band, the sound was less jazzy, slightly less experimental. Compensation for that reduction in innovation was the increase in balls-out riffing and heaviness. GridLink retained the speed and technique while sounding as beefy as a world post-sunnO))) and Converge’s Jane Doe required.

So, what is the new record like? Orphan is not breaking any moulds, as it’s another 12-minute blast of adrenaline, with a similar aesthetic to Amber Gray: that combination of Japanese obsession and tech-fetishism is present and correct. In fact, the two album covers look so much like they belong together that the label’s release of both albums on one vinyl disc does combine the two images on one cover. As with the two Daisuki EPs, the most recent one being as fabulously heavy as metal gets, you can play the two GridLink albums together.

What first sounds like a frenzy of noise eventually becomes clear, though it may take some perseverance. The occasional song, like ‘I Accept Your Last Wish; have (very fast) melodic guitar breaks, which act as hooks by which you can find your way. As you grow to know the album, its brief duration aiding the process, the smoke of the sci-fi explosions clears, and your ears can actually detect the method behind what initially seems like madness. A track like ‘Red Eye’ has tempo shifts, fantastic riffs, and drumming that you’re sure can’t be performed by a human, and when you can tell its shape, the rewards are massive. I’m not going to lie: this is not the kind of metal that’s easy to get into. It even boasts a classically grindcore super-short song (the seven-second ‘Cargo 200’, which is clearly neither here nor there).

Like the bullet-hell shmups Jon Chang clearly spends too much time playing, you run the risk of being overwhelmed by Orphan very quickly and just turning it off. Keep at it, though, spot the patterns in the ridiculously intricate composition – while it sounds noisy, this is very definitely a work of no little thought – and you’ll find yourself getting to know the myriad details in the record. If you’ve ever played a game like Ikaruga or Bangaioh, you’ll know the sensation. Grindcore’s only real equivalent elsewhere in the music world is gabber, or really intense drill ‘n’ bass, or perhaps in the deluge of the better noise. Like those, this is not for everyone. If you can unlock its charms, though, you’re in for a treat.