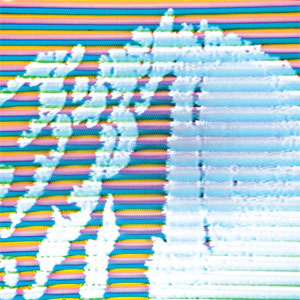 Listening to Outmind, the music I’m most reminded of is not the artists normally associated with Brainfeeder and the Los Angeles beatmaker scene that Matthewdavid appears to call home, but of the work of Brad Rose’s Digitalis Recordings label and David Byrne and Brian Eno’s My Life In The Bush of Ghosts. While Rose works in an arena that could be described as noise-folk, Byrne and Eno were exploring how found sound, noise, and rhythms worked together. All three of these composers know the value of real world sounds and how they can acutely trigger emotions and memories in the listener. This is not a new thought, and field recordings have been a part of music since recording became mobile, but there are certainly many ways in which this notion comes to bear on different music styles.

The most notable difference between these artists and Matthewdavid is the deep bass that fuzzes out the latter’s low end, as if your speakers are constantly shaking around a coat of dirt on their top surface. When a contemporary antecedent like Prefuse 73 uses found sounds and samples in his music, they ride in between the beats and melodies. Somehow Matthewdavid makes the beats and melodies sound like they came from the ground themselves, like rhythmic anthills and flowers. After descending through the layers of fog on ‘Los Angeles is Beautiful’, the beats start in earnest, backwards reverb making them sound subterranean and huge, as if they’re tunneling underneath you.

At just over half an hour, Outmind feels brief but solid. Since Matthewdavid layers so much life and sound into each track, the compositions are very full, with not a sliver of wasted space. If any criticism can be made about it’s brevity, particularly the jarring cuts that end certain songs such as ‘Prayers At Bedtime’ and ‘Group Tea’. Some of these songs act more as interludes, leading into careening sound collages such as ‘Like You Mean It’, where beats, Eastern strings and floating vocals all play with a dirty bass bubbling throughout.

The closing ‘No Need To Worry / Mean Too Much (Suite)’ is maybe the most effective use of the gritty, half-tuned radio space that Matthewdavid’s music occupies. Snatches of instruments flit in and out of the periphery, different kinds of percussion push back and forth, rising up bass-heavy one moment, skittering and submerged the next. It’s a remarkably live sounding composition, like an epic jam session closing out a festival. In many ways, Outmind is one long, broken jam, but Matthewdavid succeeds in keeping the cacophony of disparate sound sources cohesive while maintaining a loose overall rhythm, just like the life and nature from which these sounds originate.