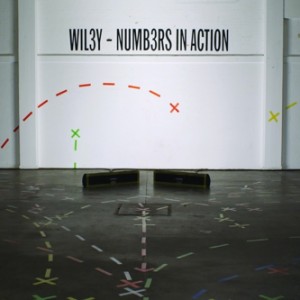 Historically, few things have caused grime fans more grief than their favourite artists trying to crossover for a shot at the US dollar or pop music pound. Wiley however, despite his ocassionally shameless – in his own words – attempts to “leave grime”, has always had more success than most at retaining some credibility in the process.

The heavily Heatmakers-influenced Roll Deep debut album, In At The Deep, which Wiley later denounced but presumably had a healthy amount of input in at the time, was a far more enjoyable summer record than disappointed fans gave it credit for (it’s certainly better than the albums Roll Deep followed it with, once they’d become Radio 1 staples), and the BBC-friendly electro of ‘Wearing my Rolex’ is one of UK pop music’s greatest modern singles (again, certainly better than follow-up singles ‘Take That’ and ‘Summertime’, blighted by input from in-house producers).

The moral of all this? Leave Wiley to his own devices, and there’s a good chance, whether he’s “doing grime” or not, that you’ll be rewarded for it. Which leads us to ‘Numbers in Action’, the first single from 100% Publishing, the first 100% Wiley-produced and vocaled Wiley album. Is it a Wiley classic? No, but it’s a damn sight more catchy and credible than the majority of the album he’d have made for All Around the World or whoever. It’s effectively Wiley doing the Neptunes: the ultra-minimal drum beat’s made up of subtly reverbed claps and padded kicks that bounce on the boards like ping-pong balls, while the lyrics are as eccentric and ear-wormy as you could hope for, with those trademark obscure references that you’ll never quite get but you’ll happily sing along to. It’s also got a brilliant, brilliant video.